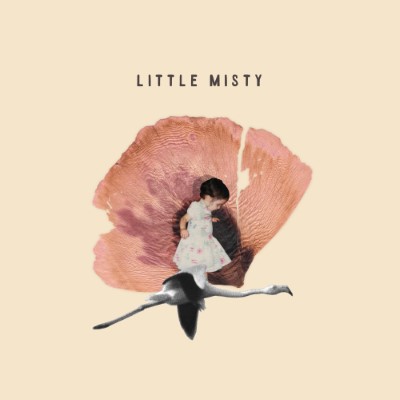 Born from a collaboration between Montreal-based jazz veterans, singer Kathryn Samman and guitarist Francois Jalbert, comes Little Misty. A band that is currently carving out their own unique and exciting space between the worlds of folk, jazz, and progressive rock. The self-titled debut album from Little Misty, released last Friday, touches on tried and true elements of folk and progressive rock through the aura of a loungey, dream pop-like atmosphere to make for a record that gives the listener something new to experience every step along the way of this unpredictable nine-song journey.

Standout songs on this record include “The Path”, which starts off with the vibe of a dreary, plodding, western-inspired folk song. Then the fuzzy guitar and saxophone kick in and you know something different is happening here as tinges of Pink Floyd begin to show themselves in a major way. Finally, the song picks up into a psychedelic two-step before breaking back down into the plodding folk from earlier, but this time accented by some tasteful violin work. The band is able to show off their bluegrass chops on a song like “Rain Don’t Wait” which is among the more traditional-sounding songs on the record. That is not to say boring by any means, however, as this track is a fun, stomping, banjo-filled jam decorated with samples of rainfall to set the atmosphere. The album is capped off by the five and a half minute long song, “Drifting”. It opens similarly to other songs on the album with a simple melody working in tandem with Samman’s soft vocal delivery.  Where “Drifting”  stands out is during the wild, syncopated instrumental breaks that happen around the mid-point of the song before everything drifts off again into space, but for good this time.

This debut album from Little Misty is an unpredictable journey all the way through. It’s one of those records that establishes such a vivid aesthetic and atmosphere that it feels like you’re listening to a film score for a movie that doesn’t yet exist. It will be exciting to see what Samman and Jalbert have planned for this incredibly captivating sound they have developed.