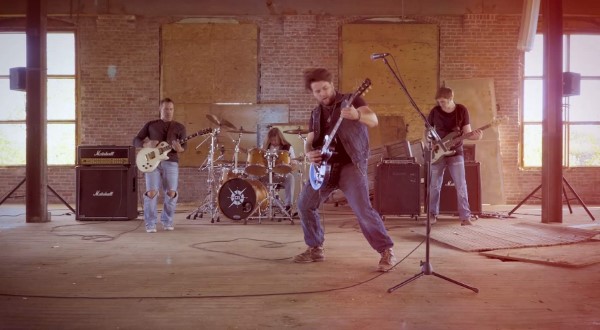 Halifax’s hard-rock band Carry the Lost has recently released their new music video for the single, “Battle Tested”. The single is off of their highly anticipated debut album coming Spring 2020. “Battle Tested” is a hard-rock banger, featuring CTL’s riff-driven, heavy sound,  fused with catchy-earworms. The music video was shot in the abandoned textile factory in Windsor, NS, and produced by Shane Greaves.

“I live very near to the old Windsor Textile Factory, and upon hearing all these old stories of it in its glory days, and how the community has said that it’s been vandalized and sitting idle all these years, I thought it was a great time to bring some art into the building and give it life for a day, “ says Colin Tye, singer and guitarist of the band.

“We got permission to use it, found a great film crew, and went to work. We are really proud of the result” says Ave Trefry, lead guitarist of the band.

Carry the Lost was born in early 2010 when five like-minded musicians from across Canada found themselves in Halifax, Nova Scotia. Through some planning and a chance meeting, one jam is all it took to know.  Through CTL’s time as a band, they have opened for Big Wreck, One Bad Son, performed at Canada’s Got Talent and had their song “Never Easy” be featured in the end credits of The Trailer Park Boys. They have toured widely throughout the east coast, playing at various festivals and venues.