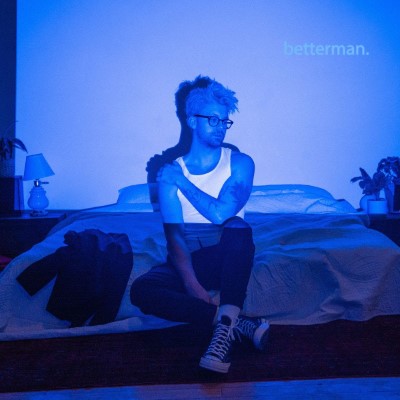 This Valentine’s day Toronto artist Virginia to Vegas released their new single “betterman”. The catchy pop song is just a sneak-peek into the new music on the way, with their new EP, a constant state of improvement scheduled to be released on February 28th on Wax Records.

Speaking on the new track, Virginia to Vegas (aka Derik Baker) had this to say,

““betterman” is a song about personal growth and reflection; In my personal life and career, I’ve experienced many ups and downs, but ultimately the one thing I’ve found to calm anxiety and doubt is putting in work on myself. This song touches on the idea of growing up following a breakup and the journey home.”

Virginia to Vegas, is an American-born Canadian singer-songwriter. After being discovered on YouTube, Baker was signed to Wax Records in 2013 and released his first single “We Are Stars” January of 2014. Baker is best known for his indie-pop choruses and sticky electronic melodies, which have awarded him critical acclaim and several platinum certifications. In 2018, Baker expanded his reach internationally, co-writing the single “IDWK” with blackbear and DVBBS. Baker’s most recent release, “Just Friends,” saw Virginia to Vegas reach new heights, garnering a top 5 chart position at Canadian radio. Baker is poised to continue his incredible success with new music coming in early 2020.