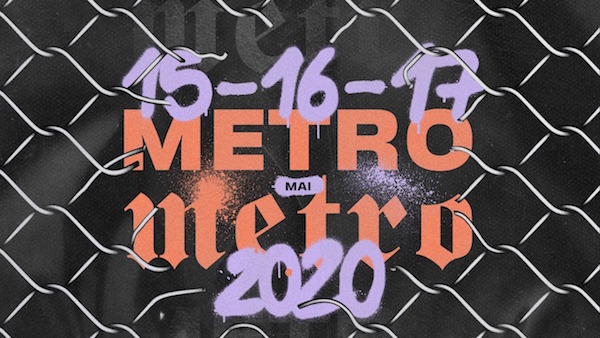 After a week-long build-up that ended in counting down the hours today, Montreal hip-hop festival Metro Metro just released a bulletproof lineup for their second edition!

Founder Olivier Primeau had previously hinted in interviews that the lineup would be of the same caliber as Rolling Loud festival, and he did not disappoint. For the headliners, Travis Scott will be making a triumphant return on Friday, after a headline set at Osheaga 2018 and a sold-out Bell Center last year. On Saturday, crowds will get down to the sounds of the legendary 50 Cent and Booba, one of France’s biggest rappers. Finally, Atlanta’s Young Thug will close the festivities on Sunday. The lineup also has a fair share of local talents, with Montreal superstar Loud, up-and-comer Vendou, Quebec rap collective 5sang14 and the eclectic Clay and Friends. The undercard also sees some of the best emerging talents of rap, from more established names like Fetty Wap and Lil Pump, to artists who’ve only recently made it on our radar like Roddy Ricch and DaBaby. 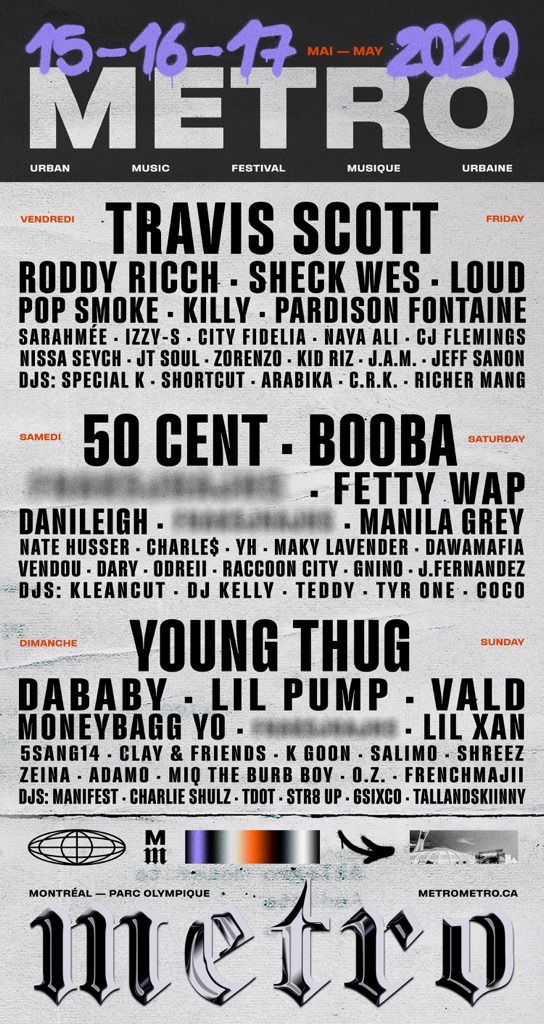 This second edition of Metro Metro promises to be one for the books, with 3 mysterious names high on the lineup that have yet to be revealed! The festival will be taking place outside Montreal’s Olympic Stadium from May 15th to 17th. Weekend passes will go on sale on Thursday at noon at the price of $299 for General Admission and $599 for VIP. For more information, visit Metro Metro’s website!