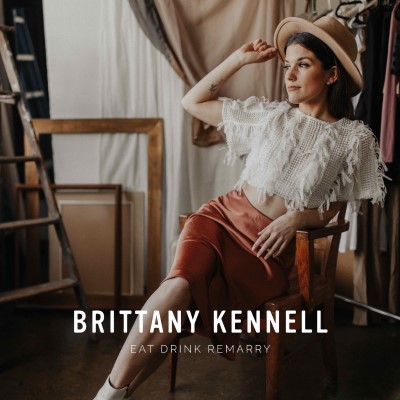 Brittany Kennell hails from Beaconsfield, QC. Kennell packed her bags over ten years ago to complete her studies at the Berklee College of Music in Boston. From there Kennell spent eight years in Nashville, Tennessee in hopes of becoming a signed songwriter. To improve her skills for one-on-one meetings with publishing companies, Kennell auditioned for NBC’s The Voice. Kennell ended up in Los Angeles performing in front of Blake Shelton, Christina Aguilera, Pharrell, and Adam Levine. Kennell became the first and only Canadian to ever take part in the American competition when country superstar Blake Shelton pushed his button to her rendition of Sheryl Crow’s “Strong Enough.” Kennell made it to the knockout round singing Shania Twain’s “You’re Still the One” with Miley Cyrus as her mentor.

“I never expected to go through on The Voice, the reason I auditioned was because I wanted to better at the audition process. A lot of the times, I was performing songs one-on-one for publishers and I would get so nervous. So I would put myself in situations like The Voice to hopefully get better at a smaller performing setting. It ended up being an incredible experience!” Kennell explains.

Kennell’s return to Montreal was partially motivated by a recent breakup, where she found new meaning in an old song “Eat, Drink, Remarry.”  The song marks her first official single since her decade stay in the United States. “Eat, Drink, Remarry” was written with Emily Reid (Universal Music) and produced by John-Anthony Gagnon-Robinette. The song is about how you can find love more than once, that life doesn’t always turn out the way we have planned and that’s ok! In a modern country sound inspired by Kacey Musgraves and Miranda Lambert mixed with some roots and rock influences such as Bonnie Raitt, Joni Mitchell and Sheryl Crow, paired with images by the talented Charles-William De Melo, this powerful song for new beginnings leads the way for an EP coming this fall.

Eat Drink Remarry is available now on all digital platforms.