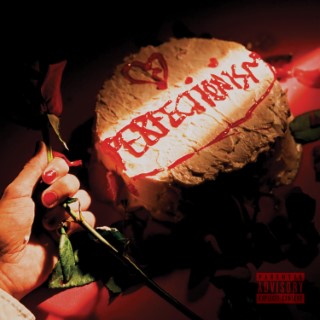 Hotel Mira are a Vancouver-based Indie/Alt-Rock trio that originally came onto the scene in 2010 when they were known as JPNSGRLS, they released two albums and an EP under that monicker and then in 2018 released a self-titled EP under their new name Hotel Mira. Perfectionism is their first full-length release in four years and guess what, it was worth the wait.

Perfectionism is a lively and pleasing album to listen to with an upbeat and danceable sound that beautifully surrounds the sometimes dark and deep lyrics within. Lead singer Charlie Kerr treats us to a lyrical exploration of his heart and soul and offers an insight into some of his struggles with love and life and I think that helps us as the listener empathize with him and to also understand the place where the music comes from a little better.

The album opens up with the title track “Perfectionism” and is followed by “This Could Be It For Me” and “Jungle”. All three tracks have big booming sound complimented by guitarist Colton Lauro’s catchy guitar hooks and bass player Mike Noble’s tight rhythmic bass lines.

Jumping into “Arcade Heart” the album starts to get a little deeper and we start to explore Kerr’s psyche a little more, especially in “Speaking Off The Record” where he gives up some of his humility and shows us some of his vulnerability in order to really convey the feeling of the music.

“The Eyes On You”, “Son In Law” and “Ladies And Gentlemen” are all solid tunes that stick with the theme of the album sound-wise, and with their thoughtful, powerful lyrics as well.

Carrying us into the tail end of the album is the slightly more mellow, “A Song For Daisy”, which I think I’ll refer to as a modern-day love song, it has a sweet feel to it and it’s just somehow relatable on a personal level. Following that is the last track on Perfectionism “You Know Best” which kind of takes us back to that garage rock feel of albums from yesteryear, and solidifies Hotel Mira’s latest offering as one really damn good album!

I really enjoyed this album and I look forward to seeing how Hotel Mira progress in the music world, I think they have a ton of musical talent and their lyrics have meaning and depth which is sometimes hard to find in young bands and music in general.

If you can, go see them on their Perfectionism Tour in Western Canada.