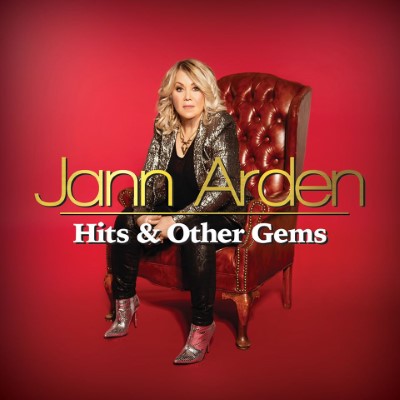 Jann Arden, the multi-platinum award-winning singer, songwriter, actor, author and soon-to-be Canadian Music Hall of Fame inductee has announced the release of her latest album Hits & Other Gems on May 1, 2020 via Universal Music Canada as well as Jann Arden Live, a 19-date cross-Canada tour beginning May 7, 2020.

Hits & Other Gems will consist of 12 tracks including Arden’s hits “Could I Be Your Girl” and “I Would Die For You,” as well as a cover of The Cure’s “Lovesong” recorded with Scott Helman as part of his Hotel Sessions series. The album will also include a live version of Arden’s hit “Insensitive” that was recorded this past November for Jann Arden One Night Only, a one-hour original special that aired exclusively on CTV and streams on Crave, and three songs featured in the upcoming second season of her critically-acclaimed comedy series, JANN.

The Jann Arden Live tour will kick off at the Mile One Centre in St. John’s, NFLD May 7 and will conclude at the Queen Elizabeth Theatre in Vancouver, BC on June 18, making stops at Montreal’s MTELUS and Toronto’s Roy Thompson Hall along the way. Arden will perform songs from Hits & Other Gems on the tour among other fan favourites. Jann Arden Live marks Arden’s first coast to coast tour in more than six years.

Last month, Arden was announced as the first 2020 inductee into the Canadian Music Hall of Fame. With accolades that include 19 top ten singles, eight JUNO Awards and 10 SOCAN Awards, Arden is a beloved Canadian musical artist and personality. Arden will join the ranks of Canadian music icons including Alanis Morisette, Bryan Adams, Barenaked Ladies, Bachman Turner Overdrive, Joni Mitchell, k.d. lang, Leonard Cohen, Neil Young, RUSH, The Guess Who, The Tragically Hip, Sarah McLachlan, Shania Twain, and many more. To celebrate her induction during The 49th Annual JUNO Awards on Sunday, March 15, 2020, Arden will grace the stage and perform live from the SaskTel Centre.

Pre-order Hits & Other Gems here, and make sure to check out the upcoming tour dates and ticket information for Jann Arden Live.

Hits & Other Gems track list:
Could I Be Your Girl
Everybody’s Pulling On Me
The Sound Of
Cherry Popsicle
You Don’t Know Me
Mother Mine with Zoie Palmer
I Would Die For You
Sleepless
The Way Things Are Going
Insensitive
Lovesong with Scott Helman
Good Mother