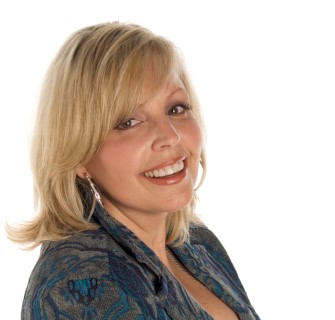 Canadian jazz-pop singer-songwriter Irene Atman has unveiled a brand new single, “Because I’m A Woman”, along with an uplifting video featuring a diverse montage of women from around the world.

“Now more than ever, I thought it was time for a women’s anthem,” Atman reflects on the bluesy, gospel-inspired song and its newly minted video, available in time for International Women’s Day. “In writing ‘Because I’m A Woman’ I was able to personally tap into some of the emotional challenges that face many other women in their various careers, from pay equity to ageism, and beyond.

I wanted to do something as a global salute to women around the world this March 8th — International Women’s Day,” she continues of the day’s importance. “This is for women everywhere. This is my tribute.”

The track serves double duty as the title for her upcoming studio album Because I’m A Woman — available spring 2020. The 14-track LP features six original songs amongst Atman’s take on material by songwriters and artists she adores, each packed with the same sonically savoury panache she has long been Internationally and critically lauded for.

Check out “Because I’m A Woman” below and find out more about Irene via our Five Questions With segment.

I am a Canadian singer-songwriter, although I have performed more out of the country than here at home. I  started out as a jazz vocalist, fortunate to play with some of the best musicians in New York, Toronto, and Tokyo,  but recently I have been blending the essence of jazz with pop influences to experiment with a new direction. When  I started to write my own songs, I found that I could blend the jazz phrasing with pop melodies and write stories that were more personal to me and potentially other women.

The forthcoming album is entitled ‘Because I’m a Woman’ and the title track is a women’s anthem about empowerment and the movement towards equality. We produced a music video for social media, which I dedicated as my tribute to International Women’s Day on March 8, 2020. The other songs are also aimed at women,  I wrote a tongue-in-cheek song called ‘I Luv Shoes’ about women’s quest for the perfect pair. ‘Dancing with You’ is a Brazil ‘66 inspired bossa nova, which I attribute the influence to singing on cruise ships at the beginning of my career. We also do jazz interpretations of Blondie’s ‘Call Me’ and some songs from London’s swinging 60’s artists like Dusty Springfield, Petula Clarke and Cilla Black. There is also a song we wrote called ‘Fling’ that celebrates the history of jazz as an art form in a big band retro style arrangement, that could be a signature song for jazz radio stations everywhere.

I last performed at international jazz festivals in Asia and Holland, then took time off to write and record this new album. I perform live at some jazz clubs in Toronto as well as special events and I will be performing at the Home Smith Bar jazz room on May 2nd. After that, I’m putting together a new show where I will be performing the songs from the new album and that will be later this year.

My live performances are really an intimate connection with the audience, somewhat like Adele, where she comes out with just her voice, her personality and her interpretation of the songs. I like to sing songs that are familiar to my audience but interpreted in a different way so it’s as if the audience is hearing it for the first time. When you have some of the top musicians in the world working with you, it can really be a special moment for the audience.

Until the new album comes out this spring, where I have written six original songs, one of which is a duet with Canadian Tenor Mark Masri entitled ‘Do I Love You ‘, I would have to say one of my favourite songs is the romantic Michel Legrand song  ‘What Are You Doing The Rest of Your Life’,  which I did a video for a few years ago….you can watch it on my website  www.ireneatman.com and YouTube.

I think Canada has produced some of the greatest Jazz / Pop vocalists in the world like Michael Bublé, Diana Krall, Joni Mitchell, Laila Biali, K.D. Lang, Celine Dion, Sarah McLachlan, Carol Welsman, David Clayton-Thomas, Molly Johnson and many others.  I also think Canadian pop singer Alessia Cara is very talented – ‘Scars to your Beautiful’ is a very poignant song for young women everywhere. Of course, Canadian jazz pioneer Oscar Peterson is still an inspiration, and I have had the opportunity to play with Oscar Peterson’s famous sidemen Dave Young and Terry Clarke, which is always a pleasure.