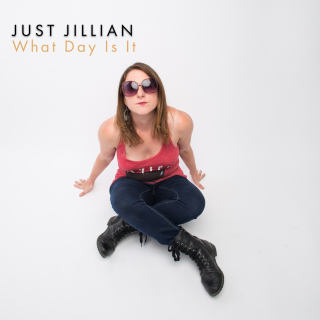 Give the album a listen below, and find out more about Just Jillian via our Five Questions With segment.

Just Jillian is a multi-instrumentalist with a long history in the Toronto music scene. Playing guitar,  keyboards, bass, and drums, she is the former lead guitar player for all-girl group ADHDtheband,  played keys for Remote Wonder and bass for dance-rock band “All Dressed”. She has played gigs all over the world up to and including CBGBs in NYC. After traveling the world with a guitar in hand,  she is back in her hometown promoting the 2019 release of her debut album “What Day Is It” under  UK label Blackdown Music. You can check out www.justjillian.ca for more details.

Influenced by a variety of music, I would say the closest genre would be Americana. Pulling from classic rock, blues, grunge and a bit of country, I try to write from a place of honesty while at the same time trying to convey a positive message of personal growth. I’ve been compared to Fleetwood Mac, Natalie  Merchant, Tom Petty, and early REM.

I’m playing solo at Winterfolk Sunday, Feb 23 at 3 pm at the Annex Commons. The solo show is a 45  minute set of mostly originals with a few covers that show my influences. Playing with acoustic guitar,  the performance will focus on my music from a lyrical and songwriter’s perspective. I also have a full band show Saturday, May 2nd at Dora Keogh’s from 9-midnight. The show will be a mix of upbeat originals and covers spanning decades from New Order to Dusty Springfield. These two shows will show the diversity of Just Jillian as a live performer.

From what I’ve head from my listeners Three Seconds captures my sound the best. With a mix of keyboards, organ and raw guitar solos this track has a strong build-up with lyrics defining that moment where you can’t explain yourself.

Hands down Jerry Leger’s side project the Del Fi’s is my favourite Canadian act. I especially love the concept of this project and the raw, off the cuff style of recording. I had the honour of playing piano on their second record “Residuals”.

Other Canadian bands I love are Mother Mother, The Beaches, Born Ruffians and Tegan and Sara. I’ll be seeing the Beaches live at the Danforth Music Hall later this month.