Home / Promos / Steve Hill releases video for new single, “All About The Love”

Steve Hill releases video for new single, “All About The Love” 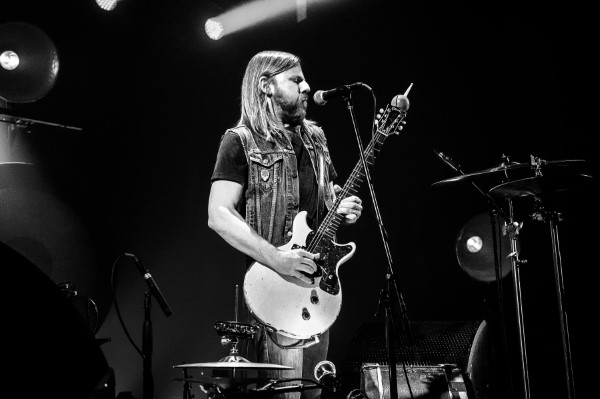 JUNO and multi-Maple Blues Award winner, Steve Hill has released a brand new single, “All About The Love” along with a music video to accompany the release under the newly minted guise of Steve Hill & The Devil Horns.

“It’s basically a mix of two styles that aren’t really supposed to fit together in the same song,” he says. “Somehow, though… It works.”

Beyond the wildly surprising juxtaposition of genres, the song’s origin story continues with case after case of self-admitted near-misses and thank-goodnesses.

“I had these two ideas — the verse part and the chorus part — in two unfinished songs,” Hill recalls. “The lyrics for the chorus were written in my notebook for a few months before I put them to music, live on stage, one night in Italy in the spring of 2019. It came out exactly like it is, and it’s a good thing my sound man recorded the show, or I may not have remembered it!

The guitar riff came out of the blue, too,” he continues. “A friend of mine was visiting me in the studio and, while we were talking, I started playing that riff exactly the way it is now.

Again… It’s a good thing the tape was rolling!”

Check out the single below and stay up to date with Steve Hill via his socials.