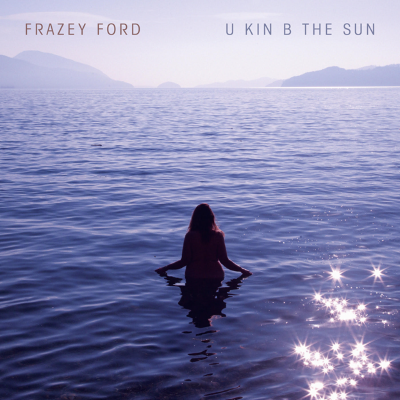 U kin B the Sun is the third album from Vancouver based artist, Frazey Ford.

U kin B the Sun was developed over the course of several long night time improvisation sessions between Frazey Ford and her longtime bandmates in the summer of 2019. You can really hear the spontaneous nature of its creation, tempered with the heat of those summer nights and longtime camaraderie, baked into every song. The songs of ‘U kin B the Sun’ are relaxed, soulful, warm, intimate, and inviting in a way that could only be made by musicians enjoying free expression with their longtime friends. The album leverages Frazey Ford’s intimate vocals with a decidedly funk/R&B inspired accompaniment of bass, drums, guitar, piano, organs and female backing vocals.

Standout tracks to me were “Holding it Down” and “Golden” “Holding it Down” has a great strutting funk to it with lyrics focused on overcoming adversity through sheer determination. It’s the perfect track for when you’re feeling overwhelmed to pull on its power to get up one more time and keep fighting. “Golden” is similarly funky and optimistic but brings in the use of the organ to give the track a decidedly gospel feel.