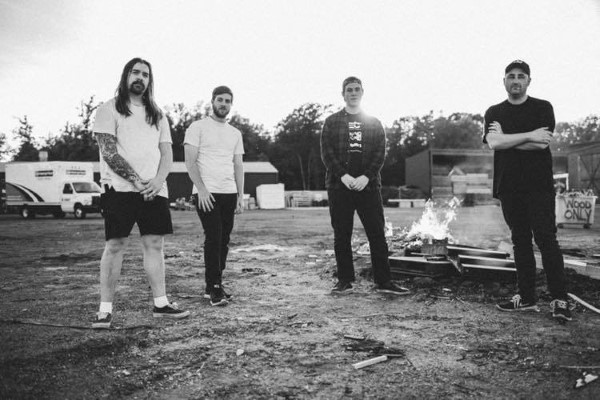 St. Catharine’s, ON-based band, Sinner has recently released a video for their single, “Wraith”, which was directed by Justin Krar of Single Mothers. On top of this, the band will be on an East Coast tour starting February 21st in Halifax, NS.

Check out the video for “Wraith” below and find out more about Sinner via our Five Questions With segment.

We’re a band called Sinner. A 5 piece band from Niagara, Ontario. We’ve been established since 2013 and within that time we’ve managed to release 3 EP’s and a full-length record along with playing several shows in and out of our local area.

We typically describe ourselves as “Blackened Hardcore” although we have plenty of other influences that branch further than those genres. We try not to cloud ourselves with genres and just write what we think suits the band best. It’s not totally out of character for us to write a thrash metal inspired song and place it next to more of a death metal-inspired song on a record. We would consider ourselves “Heavy”, but that’s not much of an accurate description for most people.

We have an east coast tour coming up at the end of February. We’re driving all the way out to Halifax with our friends in Trauma Model and hitting 10 stops along the way back home. That’s starting February 21st – March 1st.

Our live performance contains a lot of high energy. We do our best job to turn the stage into a portal to hell. Whether it be the hot, bright red lights, blinding fog, or my aggressive stage presence we make it clear that you’re experiencing ultimate carnage.

We released a 2 track demo in August 2019. We feel those 2 songs describe ourselves best as a band but for lack of time and for someone who’s hasn’t heard our music before I would suggest checking out our single “Stone Swine“. It’s about a city that’s been enslaved by a mysterious Golem that watches over them.

Collectively we all listen to different things. But some of our favourite Canadian artists are: Tomb Mold, Wild Side, Exalt, Counterparts, Voivod, Danko Jones, Cancer Bats, and PUP.