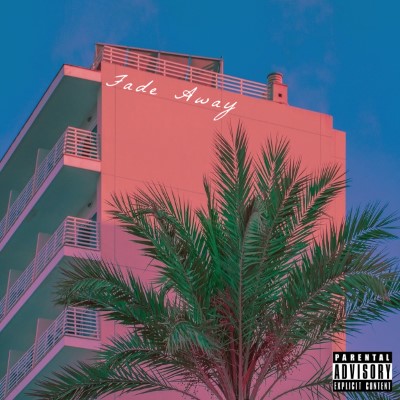 Hamilton-born, London, ON-based university student and hip-hop/ pop artist, Anthony Marzanek aka TonyTone has unveiled his single, “Fade Away”. The single has garnered over 52,000+ streams across Spotify and YouTube since its premiere this month.

“‘Fade Away’ is a track I wrote, recorded, mixed and mastered myself,” he says. “It was not meant to fall into any sort of genre… I just play around with sounds and write until I come up with something I like.”

Check out the single below and find out more about TonyTone via our Five Questions With segment.

My name is Anthony Marzanek, better known as TonyTone. I’m a 21-year old recording artist out of Hamilton, Ontario and a current student at Western University in London, Ontario! I love writing, composing, recording, producing, and of course, listening to all kinds of music. I’ve just recently dived into the music production world a couple of years ago. After lots of trial and error, messing around with recording software, and continually practicing to get better, I’m now happy to be releasing music I’m really very proud of.

My music is very Hip-Hop and Modern Pop influenced with a little bit of both mixed into each song in varying amounts. I’ve always been a huge fan of Hip-Hop so that’s the style of music I really like making. Although, I do think my style is best described as a mix of the two. I try to not really focus on genre too much though, I just make music I’d love to listen to and hope others will feel the same way! In terms of writing, it’s mainly just a mood that comes from listening to the instrumental. Usually, if I can’t come up with a good melody or some lyrical ideas for an instrumental right away, it’s probably not the right song for me! Writing is definitely a very feel/vibe based process for me.

As of right now, I don’t have any shows scheduled in, but we are currently working on getting some opening spots for some really awesome artists. Hopefully by late spring/early summer we will have something official so stay tuned!

That’s a tough question to answer for me! They’re all very different which is what drives me when I’m making music. I love being creative and try to make every song unique in its own way while still maintaining a similar style. That being said, I’m always going to say my latest release as my favorite song choice.  I feel I improve with every song released, so Fade Away is what I would suggest. If you’re looking for more of a Hip-Hop style song, I’d say listen to Two Roses.

As someone who is influenced a lot by Hip-Hop and Pop music, I have to mention some of the big names such as Drake and Justin Bieber. They’ve really paved the way for Canadian artists and put Canada on the map in terms of global superstar power. I think it’s really great what they’re doing and we’re seeing more and more Canadian artists emerge across all genres. Straying a bit away from mainstream Hip-Hop/Pop, I also grew up listening to Canadian rock greats such as The Tragically Hip and Rush. I’d definitely say they’ve had an influence on me as a musician and really helped me appreciate different genres.