Crown Lands return with their first major label release, “Spit It Out” 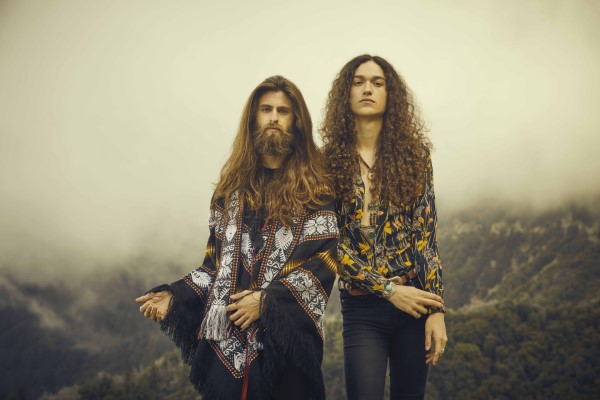 Oshawa, Ontario’s powerhouse rock duo, Crown Lands is made up of Cody Bowles (vocals, drums) and Kevin Comeau (guitar, bass, keys). The duo is back after spending the past four years writing, recording, and touring relentlessly, with their single, “Spit It Out”, which is their first major-label release via Universal Music Canada.

Of the track, Bowles explains,

“‘Spit it Out’ deals with the frustrations of dealing with a partner who will not speak up when they have something to say. It addresses the anxiety of not being able to openly communicate. It is about carrying something within that you don’t have the strength or courage to say to someone, and instead of saying what’s on your mind you distance yourself from the situation.”

The single was produced by the legendary Dave Cobb, and marks Crown Lands arrival as a major new force with intense guitar riffs, pummeling drums, and howling vocals.

“Working with Dave Cobb was great!” comments Comeau. “He prioritized capturing the spontaneity in our performances, and we feel that it is an accurate representation of who we are as artists.”

Below, you can check out the video for “Spit It Out” which was directed by Travis Shinn, and showcases the band’s larger than life performances.