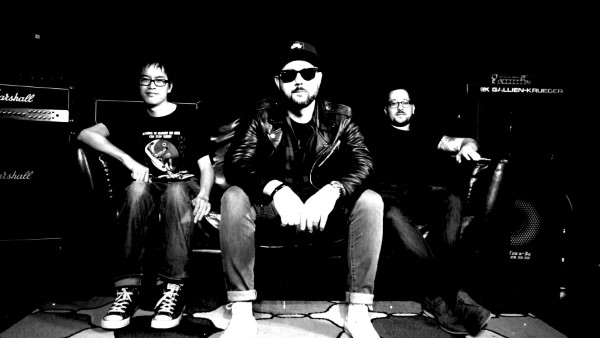 Toronto, ON-based melodic punk trio, Wasting Time has released a video for their single, “Sick Inside”. The video was directed by Michael Amaral and features the band performing, as well as a bit of goofing off throughout the video. The track is definitely one that burrows its way into your brain and makes a home, replaying over and over, and I, for one am okay with this.

Check out the video below and find out more about Wasting Time via our Five Questions With segment.

We are Wasting Time, a punk trio from Toronto.

It all starts whenever singer/guitarist, Mad Vlad finds a glowing, chiming light bulb above his head from either a life experience or some form of an outside source. He sketches out an idea from said light bulb, then it gets fleshed out by the entire band and is tossed in a blender of our influences ranging from 90s punk, 60s oldies, tacos, and our favourite cartoons.

Our next show is February 7th at Sneaky Dee’s. We’ll also be playing on March 20th at Tail of The Junction. Our live performance is typically a musical interpretation of the American Pie movies; we tend to play our tunes as loud as we can, hop around a little, and make a couple of juvenile jokes (usually at the expense of each other).