IN PHOTOS – Maples Blues Awards in Toronto, ON 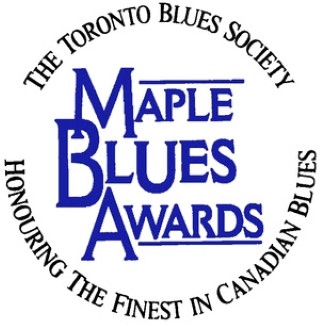 What: Maple Blues Awards
When: February 3, 2020
Where: Koerner Hall, Toronto ON

It was a smooth and jazzy Monday night as Canada celebrates it’s 23rd annual Maple Blues Awards at Koerner Hall.

For only the second time in Maple Blues Awards history, there were tied winners in two categories – Harpdog Brown and Steve Marriner both won Harmonica Player of the Year and Chris Whiteley and Mat “Moose” Mousseau each won the award for Horn Player of the Year.

The Blues with a Feeling Award (Lifetime Achievement Award) was awarded to Montreal-based Michael Jerome Browne, whose long and illustrious career has seen him tour around the world, recording seven albums and guesting on countless others, and recently was nominated for Blues Album of the Year at the upcoming JUNO Awards.

A new addition to the Maple Blues Awards program is the inaugural Sapphire Video Award. Sapphire has one single category and both live performance and staged production/interpretive videos were accepted. The winner of the Sapphire Video Award was Miss Emily for her video for “Hold Back The River” with the runners up announced as Terra Hazelton for her video for “Anybody’s Baby” and Lucas Haneman Express for their video for the song “Ms. McGrim”. The winning artist received a cash prize of $1,500 while the two runners up each received $250.

A collaboration between The Toronto Blues Society and Paul Reddick, the sixth annual COBALT Prize for Contemporary Blues Composition Award is to promote blues music through exploration of its form. The winning composition was judged on its ability to creatively utilize blues traditions within the broad contemporary musical landscape. The winner of the Cobalt Prize for Contemporary Blues Composition was Rich Junco for his song “Cope”, while the first runner up was Bad Luck Woman & Her Misfortunes for their song “Cruel Thing” and a tied win for the second runner up was Joe Nolan for “Paranoia Day 36 Blues” and Loryn Taggart for “In My Company”. A cash prize of $1000 was presented to the winner and the runners up each received $250. 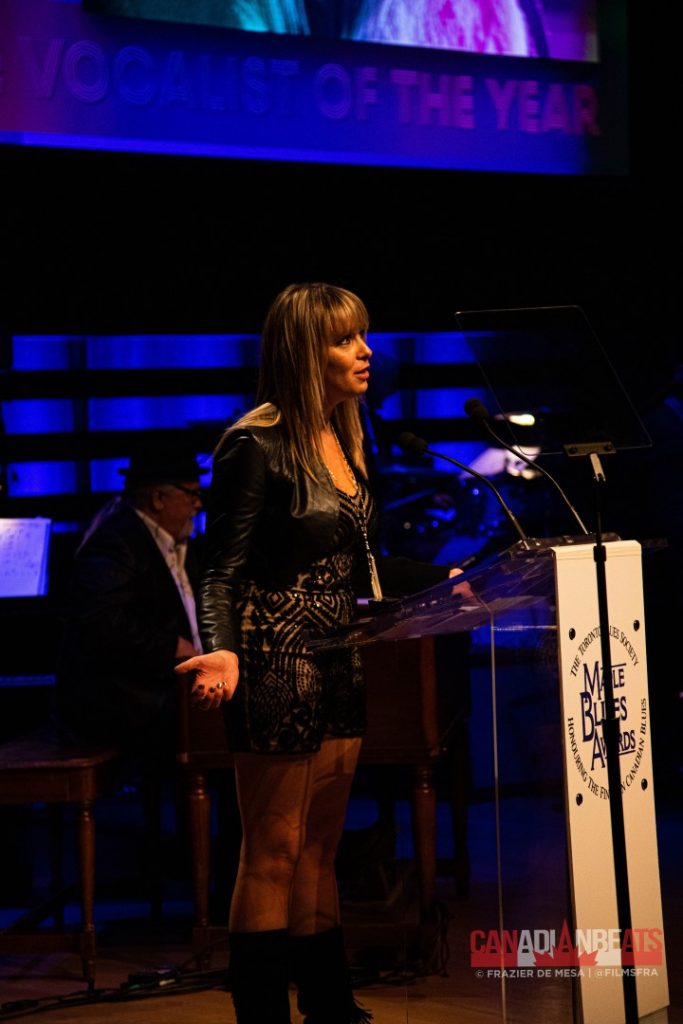 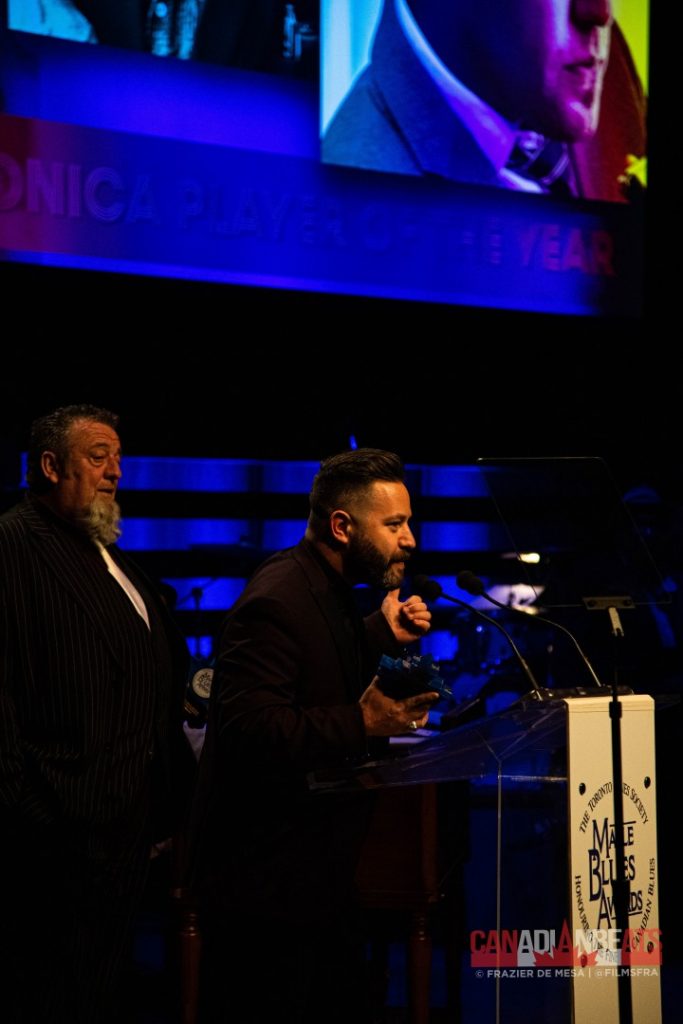 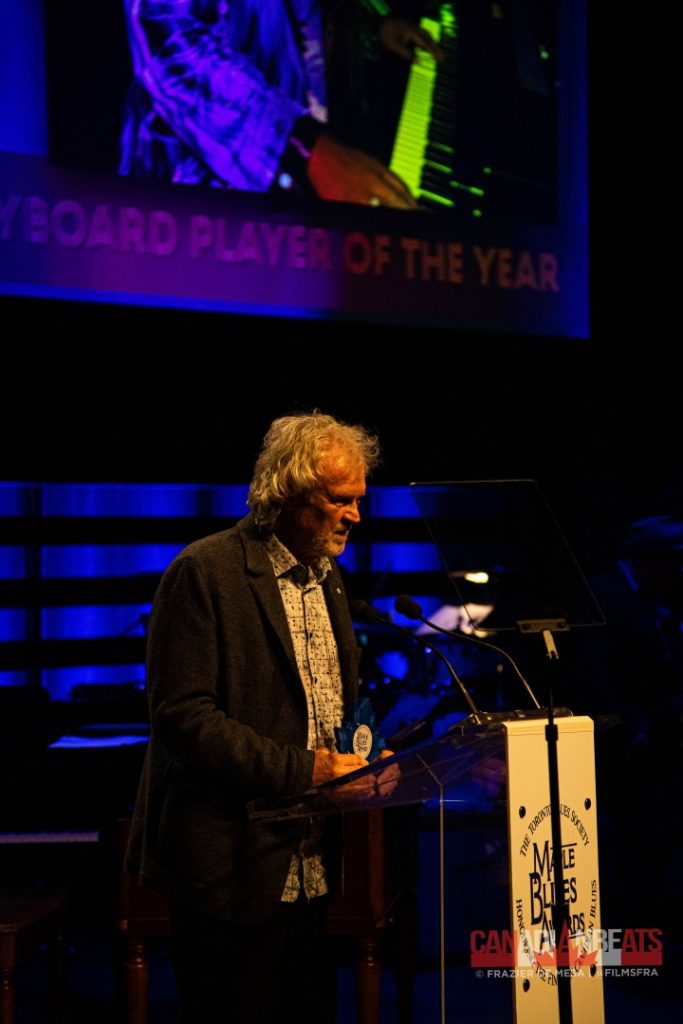 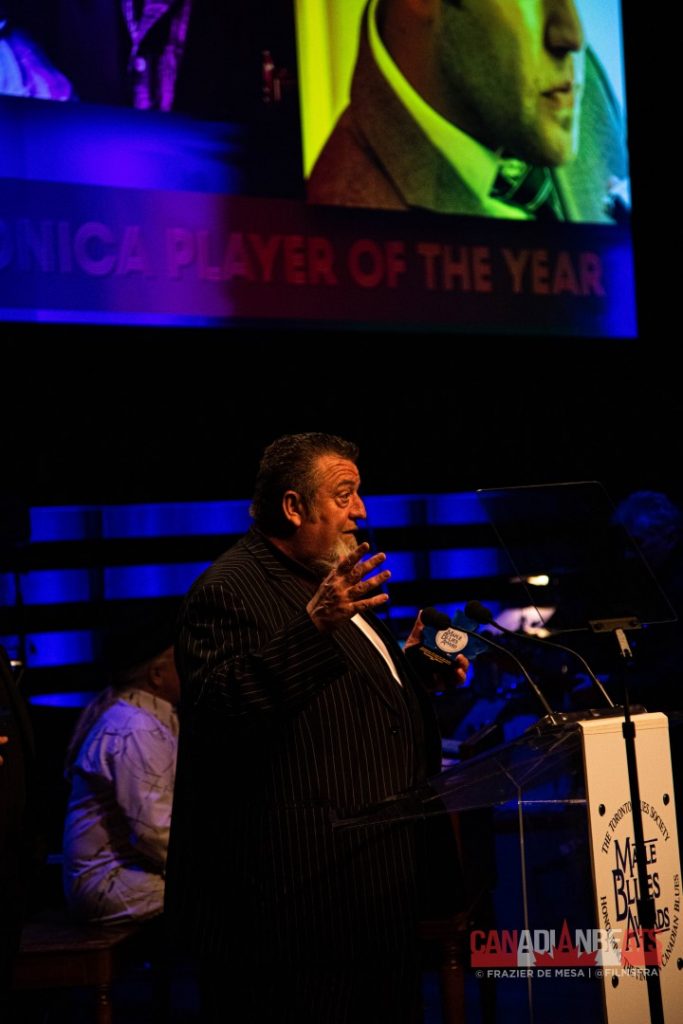 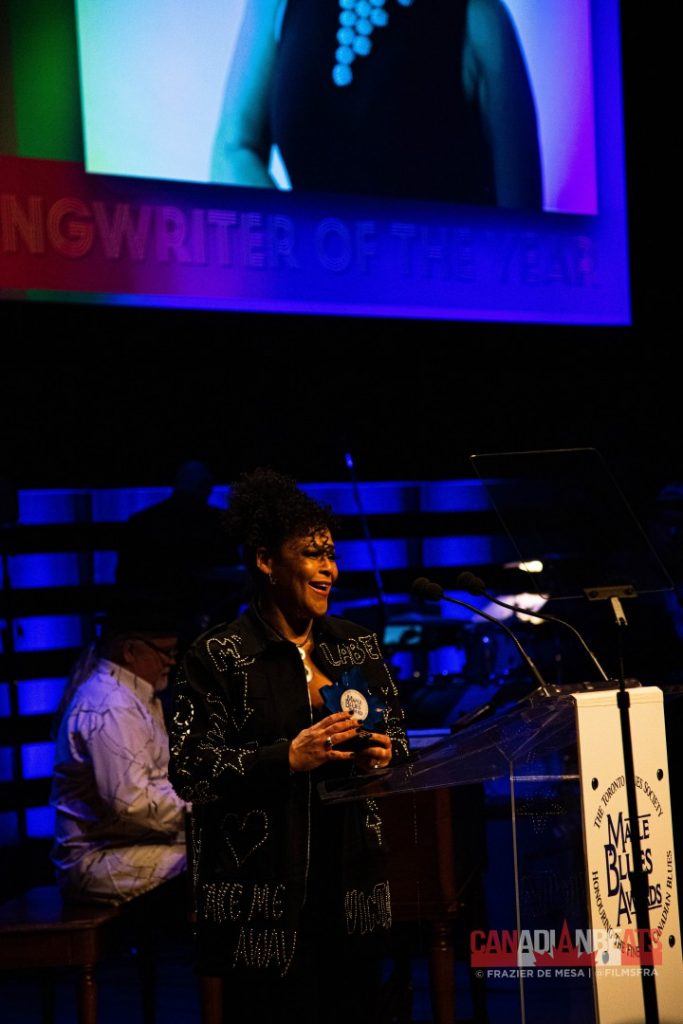 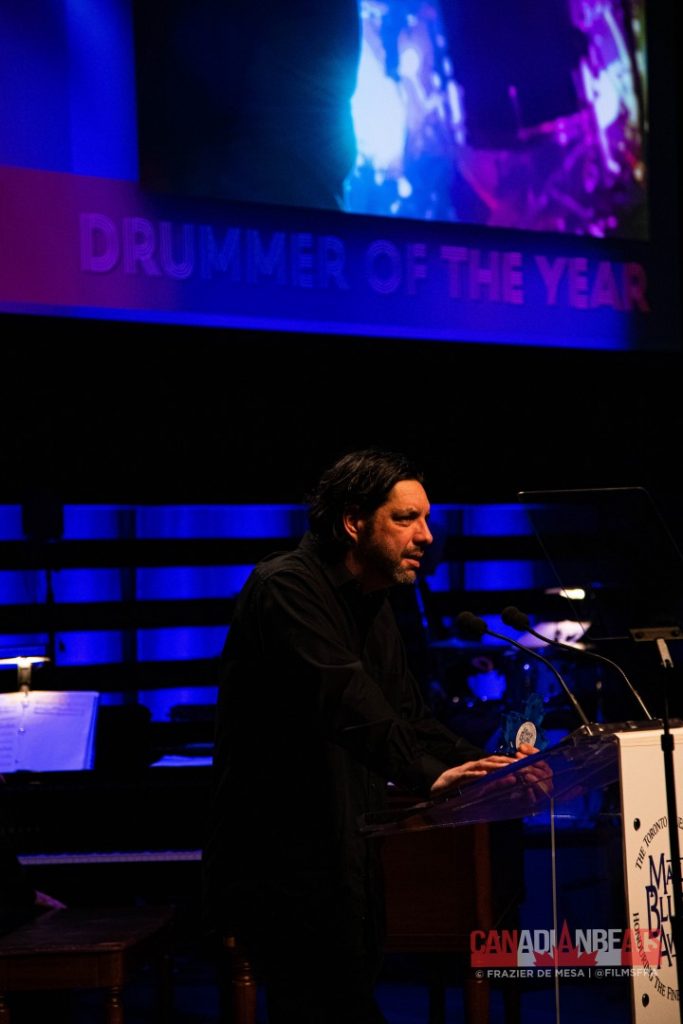 The 23rd annual Maple Blues Awards not only featured heart-warming moments and great speeches from the winners, but the audience was treated to exciting performances from Big Dave McLean, Matchedash Parish, Miss Emily, Dawn Tyler Watson, Michael Jerome Browne, and the evening’s hostess Raha Javanfar (Bad Luck Woman) with special guests, students from The Regent Park School of Music, all backed by the awards house band The Maple Blues Band. 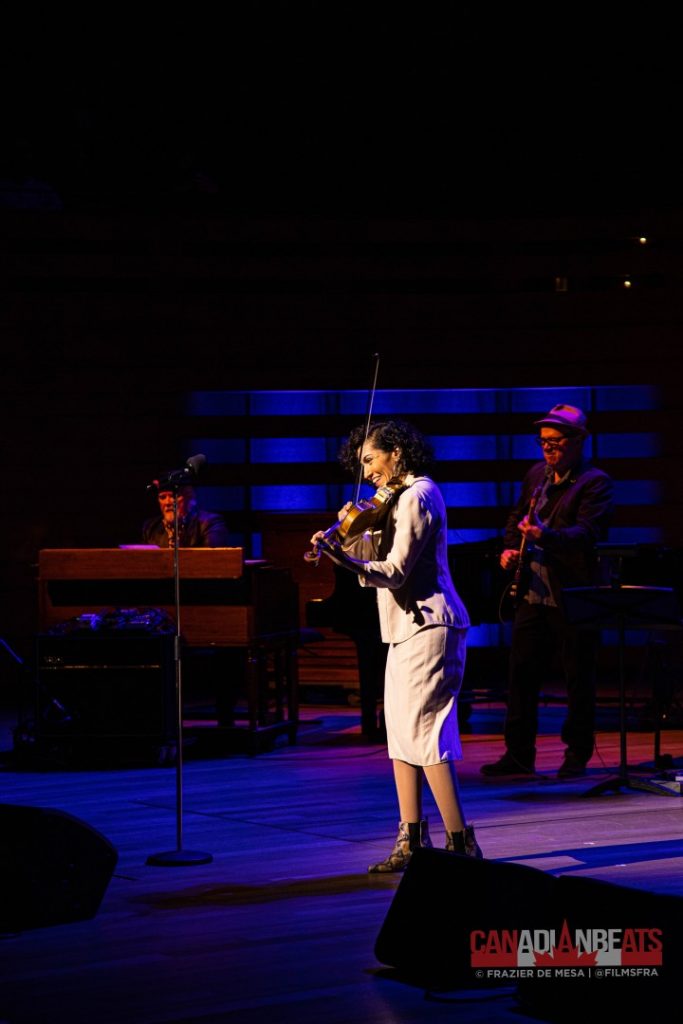 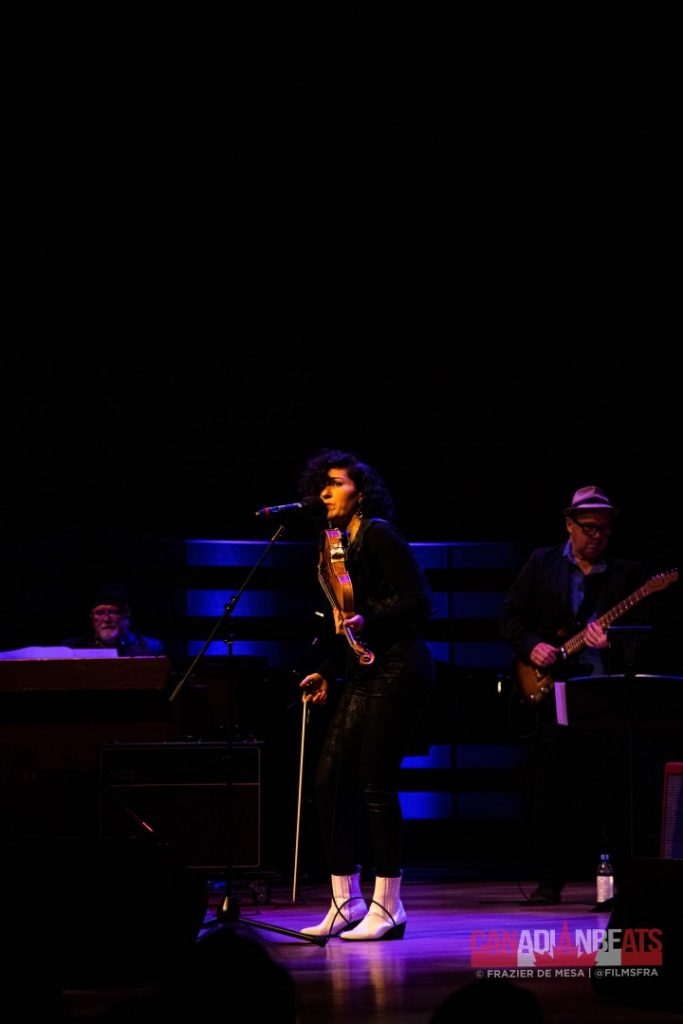 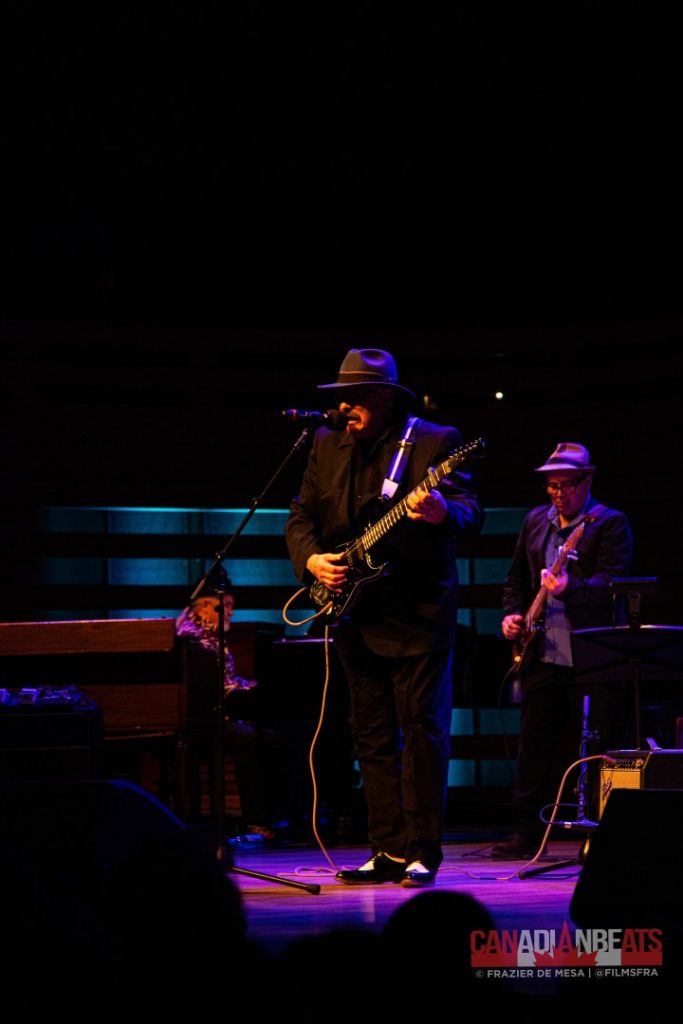 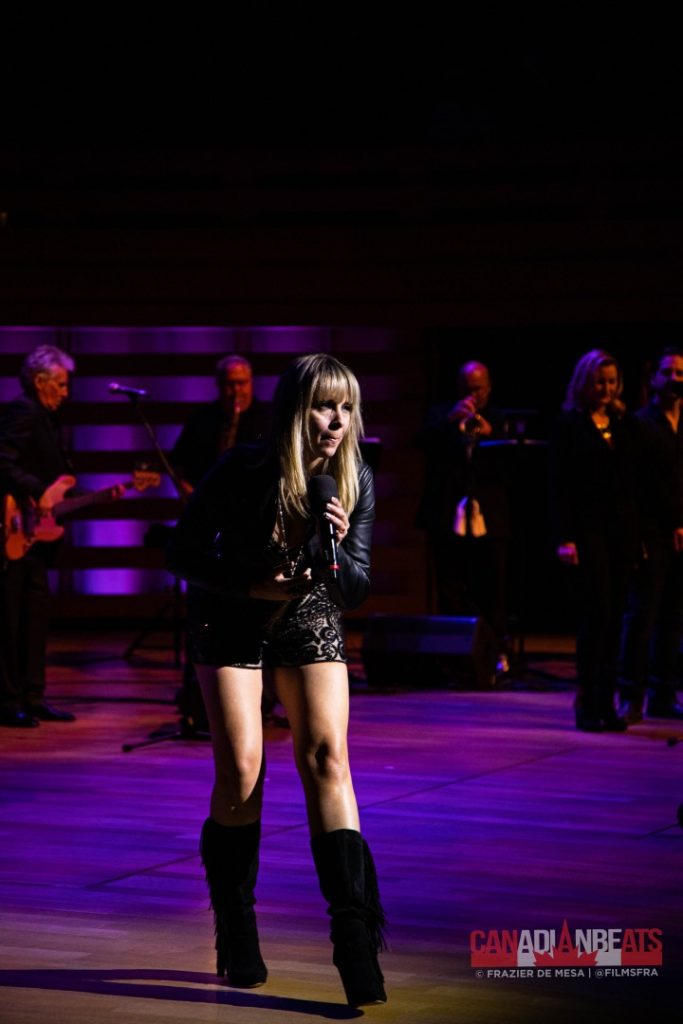 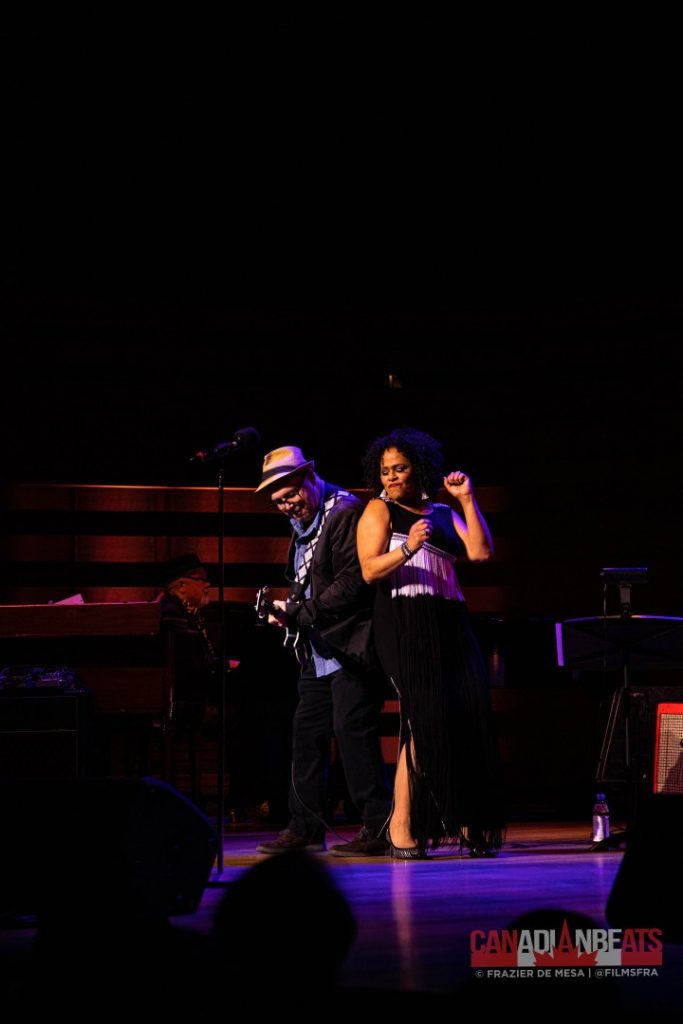 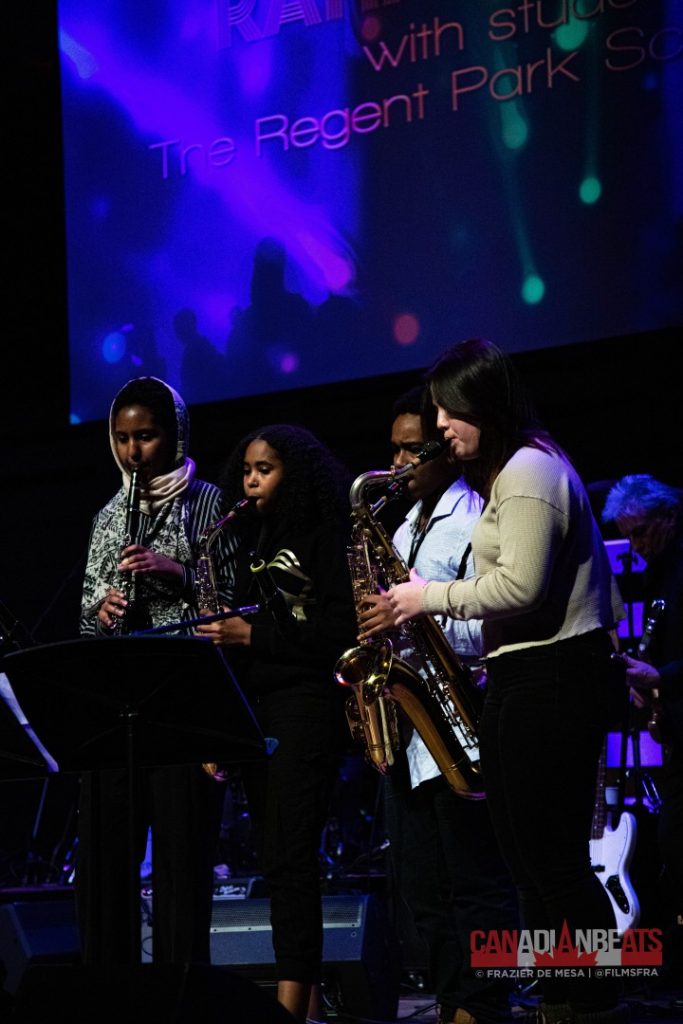 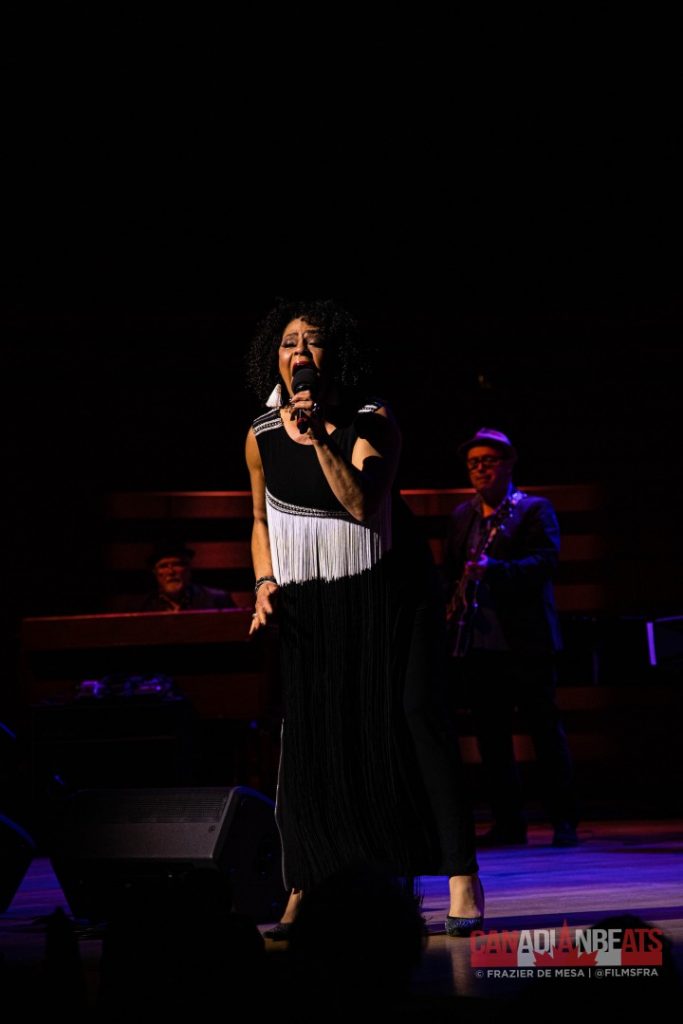