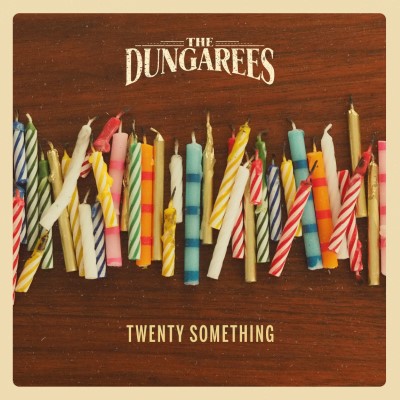 The Dungarees have released their long-awaited EP Twenty Something.

The award-winning five-piece from western Canada are rising stars in Canadian country music. James Murdoch (bass/vocals), Robb Angus (guitar/vocals), Kiron Jhass (guitar/vocals) Darrek Anderson (steel guitar) and Ben Shillabeer (drums) have garnered multiple CCMA and ACMA nominations between them; in 2017 they released “Anywhere With You” – produced by multi-Grammy Award-winning producer Paul Worley – earning them three ACMA Award wins for Group of the Year, Video of the Year and Rising Star.

Their stage presence has brought them to major stages and festivals like Boots and Hearts, Big Valley Jamboree, the Calgary Stampede, and Country Thunder. They’ve supported an impressive list of country’s best from Miranda Lambert to Blake Shelton, Reba McEntire, Dwight Yoakam, and Alabama.

All of this experience translated to a country EP with a fusion of pop melodies and honest lyrics that call for both reflection and celebration.

Though the song list is limited, the richness within each song more than makes up for it. You’ll find hints of nostalgia with “Don’t Make ‘em Like They Use To” and on the title track “Twenty-Something”, while love letters are weaved together with breezy guitars on “Hard Call” and “Bad Habit”. You’ll find Tom Petty-meets-Kenny Chesney vibes on the opening number, “Broken Down”; each moment fits perfectly in their overall story.

Clearly they’ve taken notes from the seasoned artists they’ve opened for. Between their harmonies and the classic country sentiments infused in their lyrics, they have created a fantastic EP. Part nostalgia, part heartwarming moments, and all country gold- Twenty Something is a short-but-sweet collection of songs you can easily fall in love with.