IN PHOTOS: Loud, White-B and Charlie Shulz in Montreal, QC 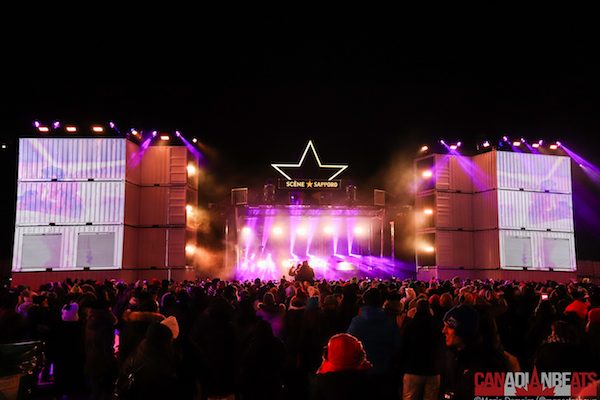 Over the past 14 years, Igloofest has become a true staple of Montreal winter nightlife. Every January, the festival takes over the Old Port, where thousands of EDM lovers gather to dance the cold away, rain or shine (or snow, or freezing temperatures, we’ve seen it all!). This year, the festival introduced several Off-Igloo nights, bringing last night some exciting local rap acts, including the grand return of hometown legend Loud, who we hadn’t seen around much since he became the first Quebec rapper to sell out the Bell Center back in June!

Up and coming producer Charlie Shulz opened the evening, getting a growing crowd riled up to the sounds of his album SVP, released in November and featuring many talents from the local rap scene: FouKi, Rymz, Maybe Watson … the list goes on! Towards the end of the set, Charlie brought out his friend Kevin Na$h for a special performance of their track XL, kicking things off with a bang! 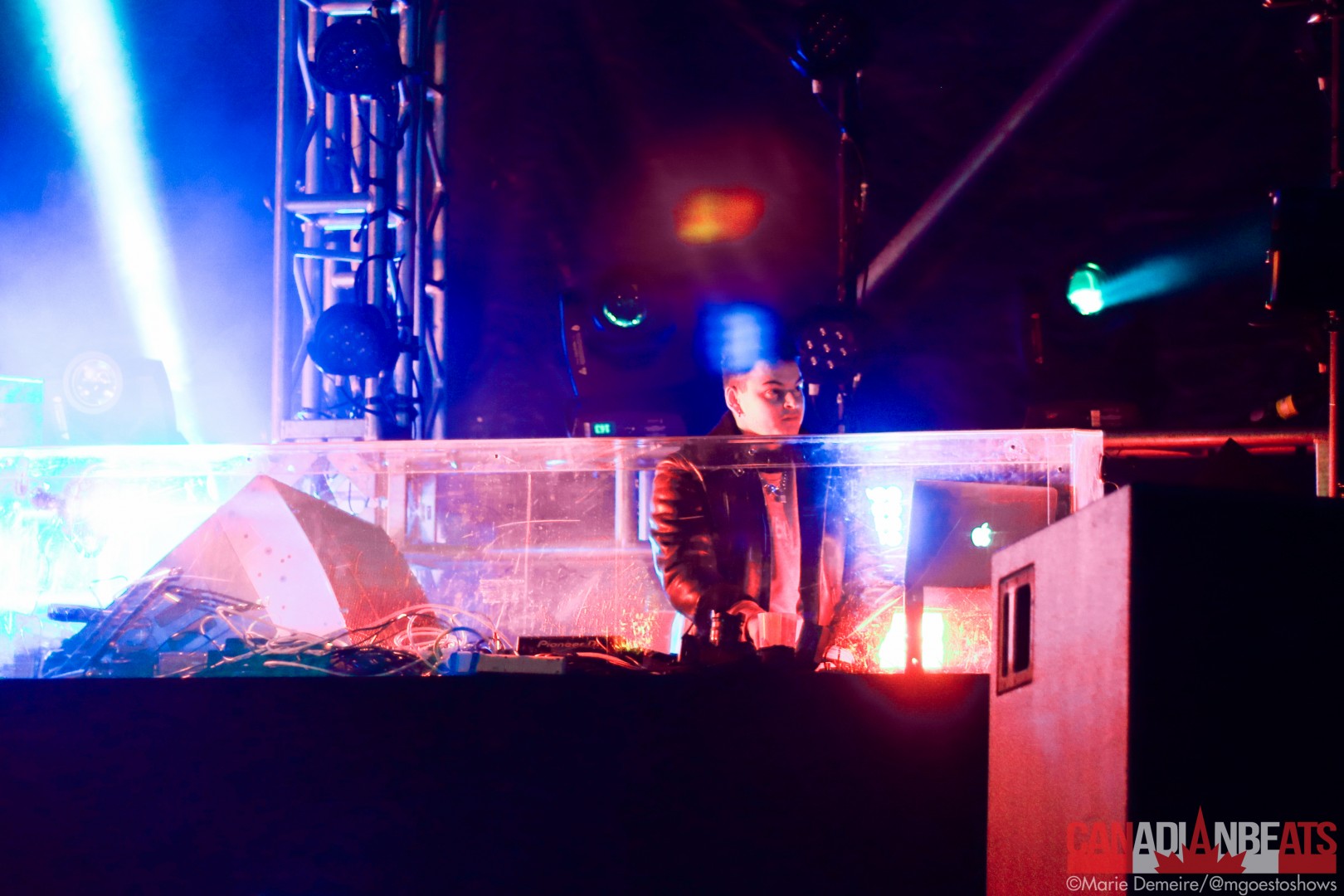 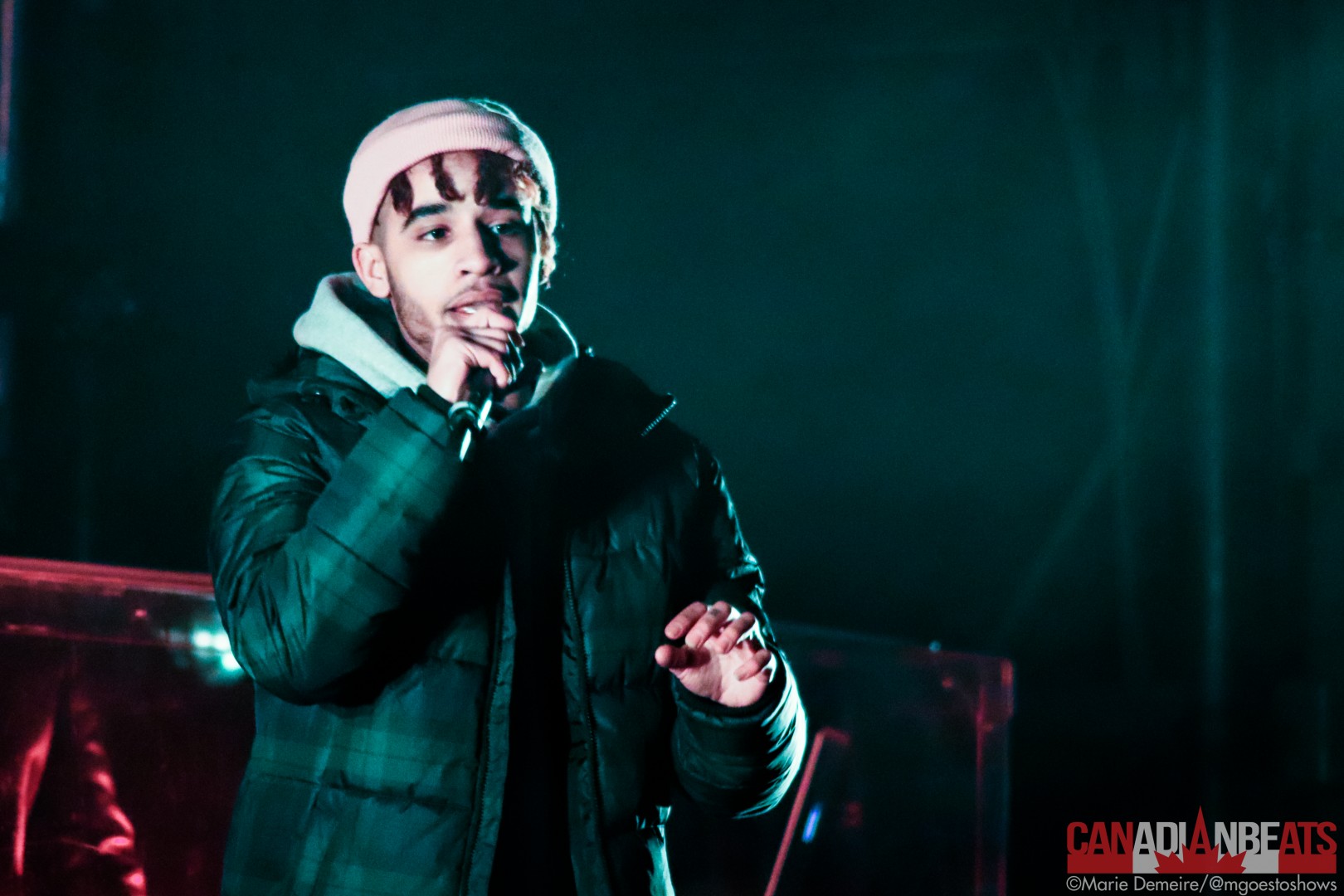 Shortly after, rapper White-B appeared on stage, giving an energetic performance punctuated by a surprise appearance of Random, Gaza, MB and Lost, the members of 5sang14, the rap collection White-B is part of. This little surprise sent the crowd into a frenzy, and by the end of his set the audience was definitely ready for the man of the evening. 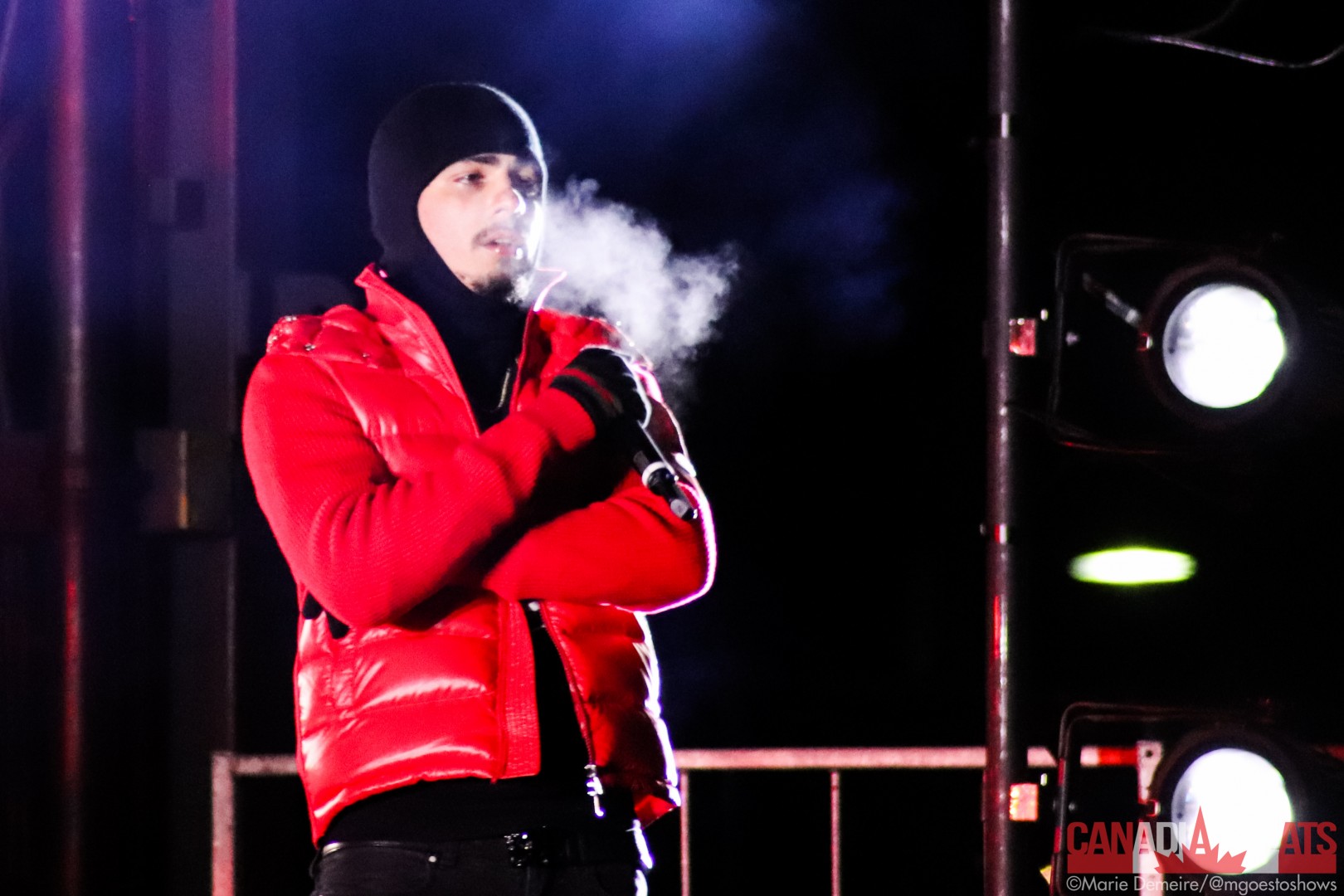 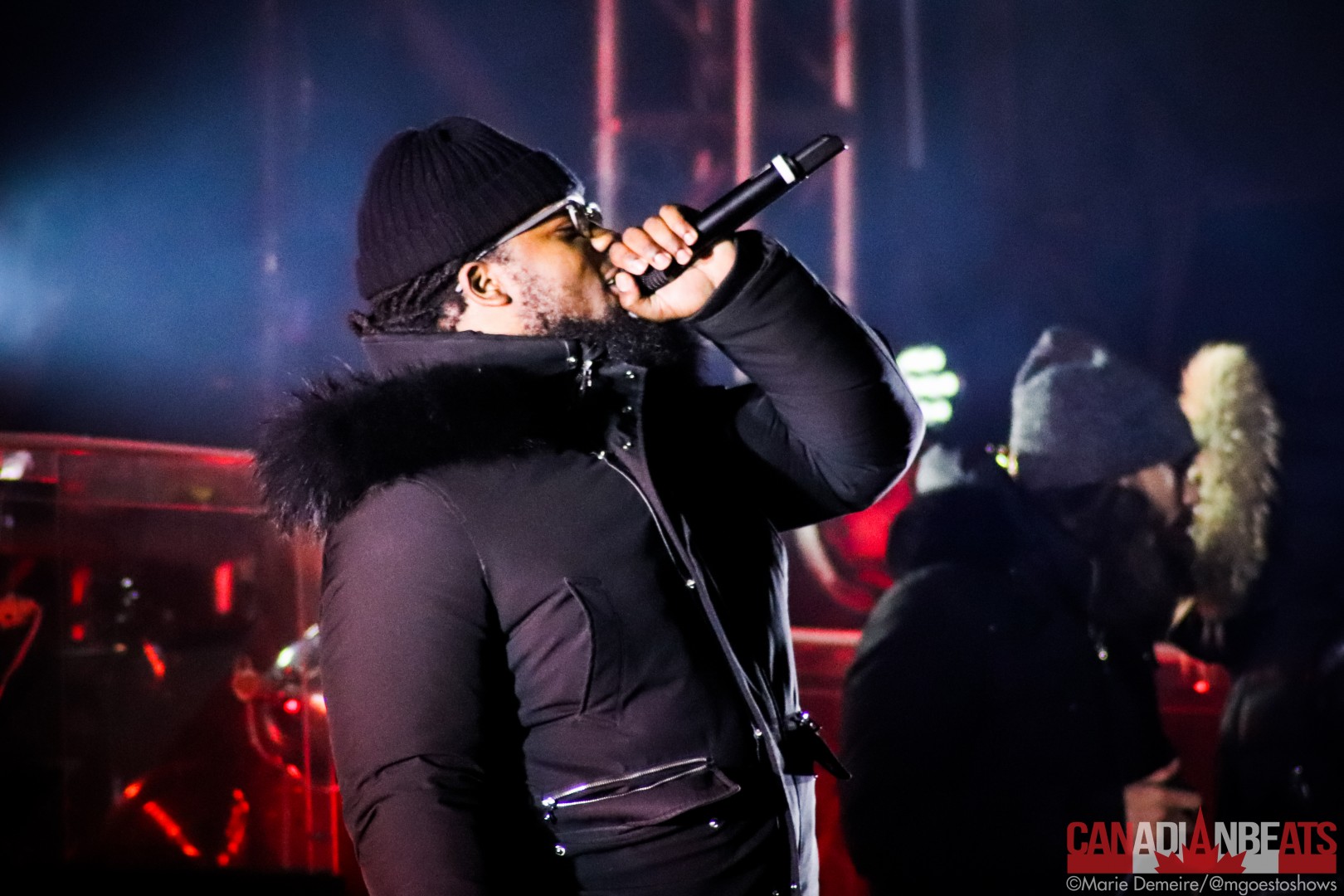 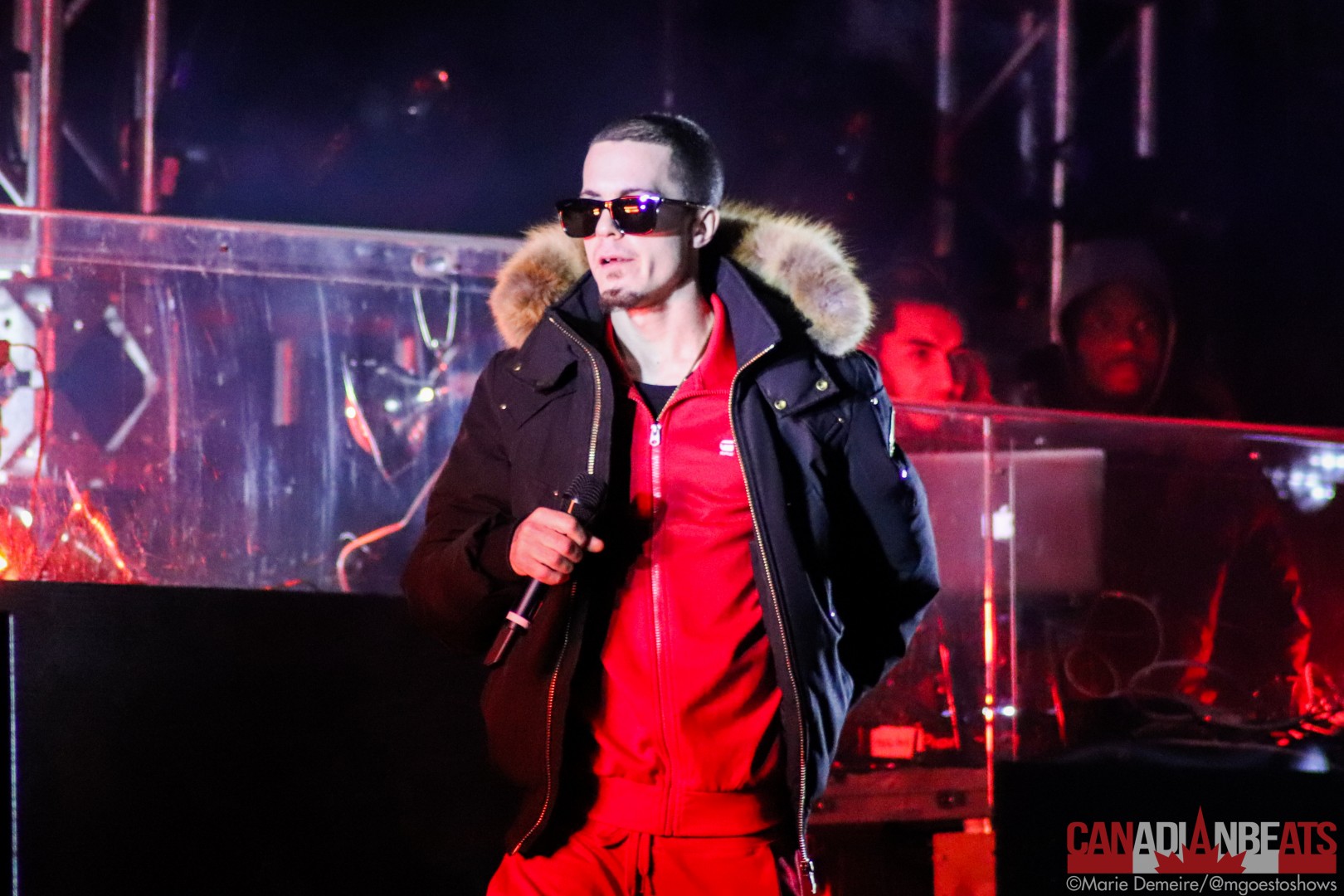 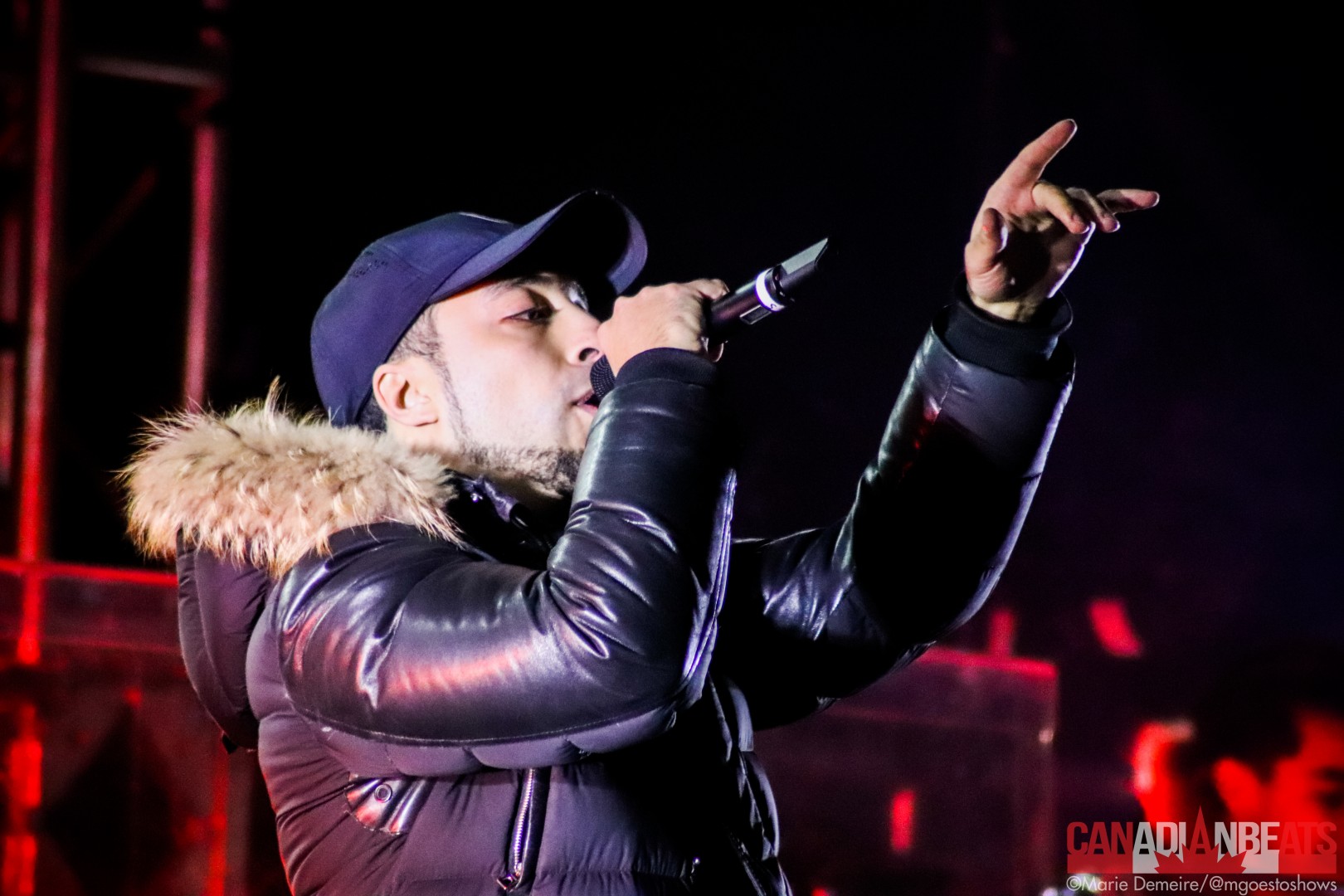 Around 10pm, it is in front of a packed crowd that Loud emerged on stage under a thunder of applause. As usual, he was accompanied by onstage his producer Ajust. Halfway through the set, rapper Larry Kidd showed up on stage, giving the fans a surprise reunion of their trio Loud Lary Ajust! Throughout his set, Simon gave the crowd his everything, rapping his way through the best hits of his two albums Une Année Record and Tout Ça Pour Ça. Despite the freezing cold, his performance was overflowing with energy, giving all rappers a masterclass on how to set an audience on fire, even when it’s -10° outside. 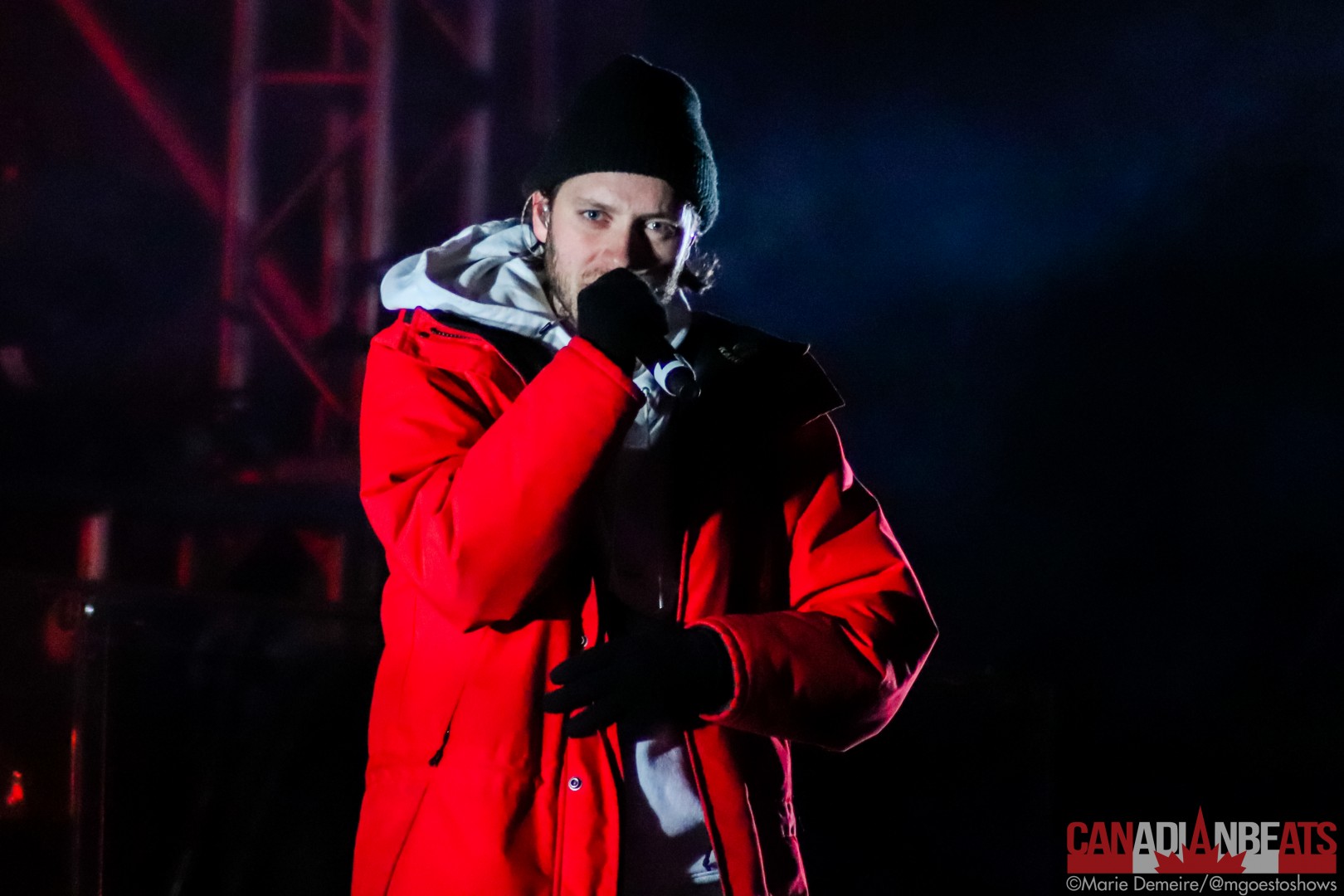 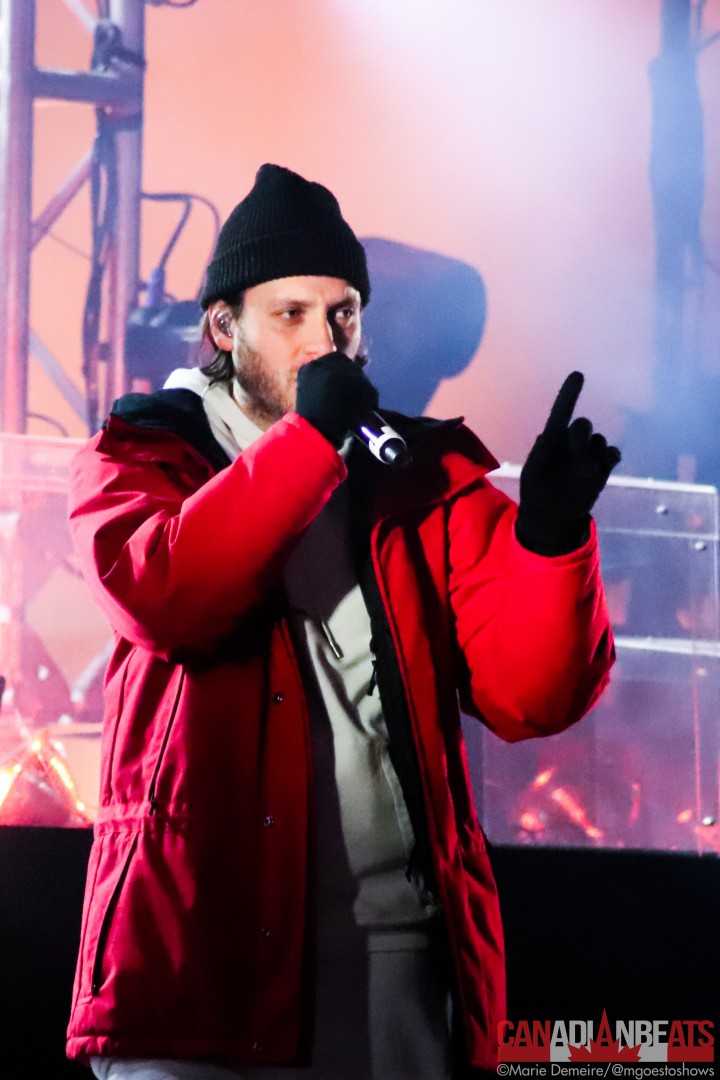 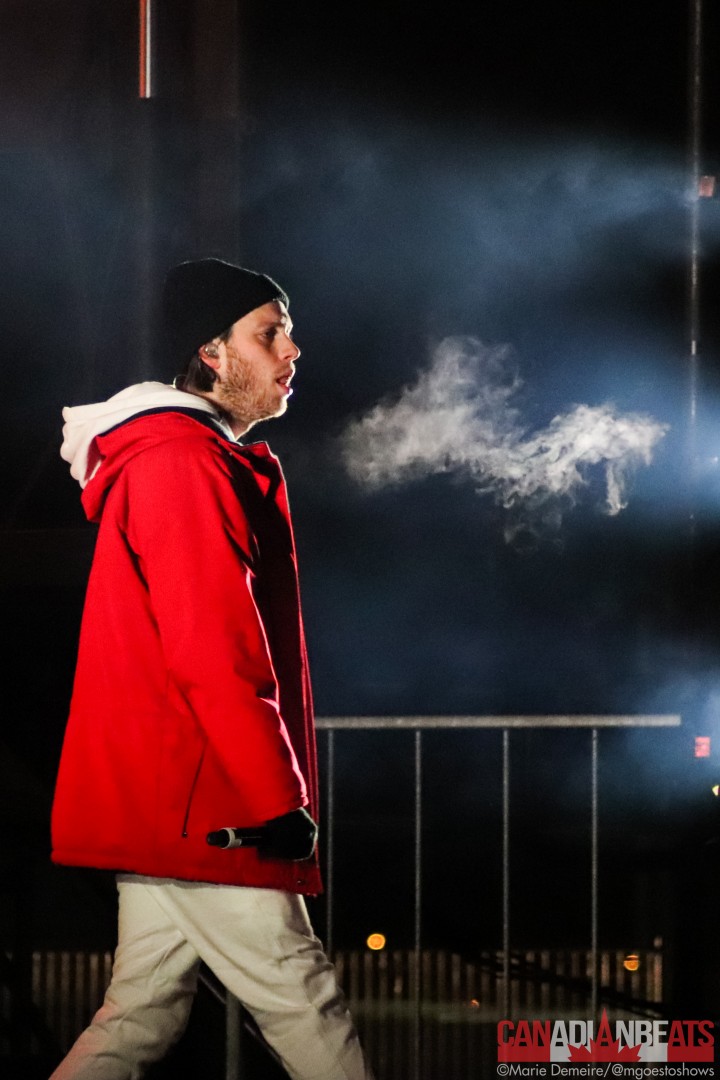 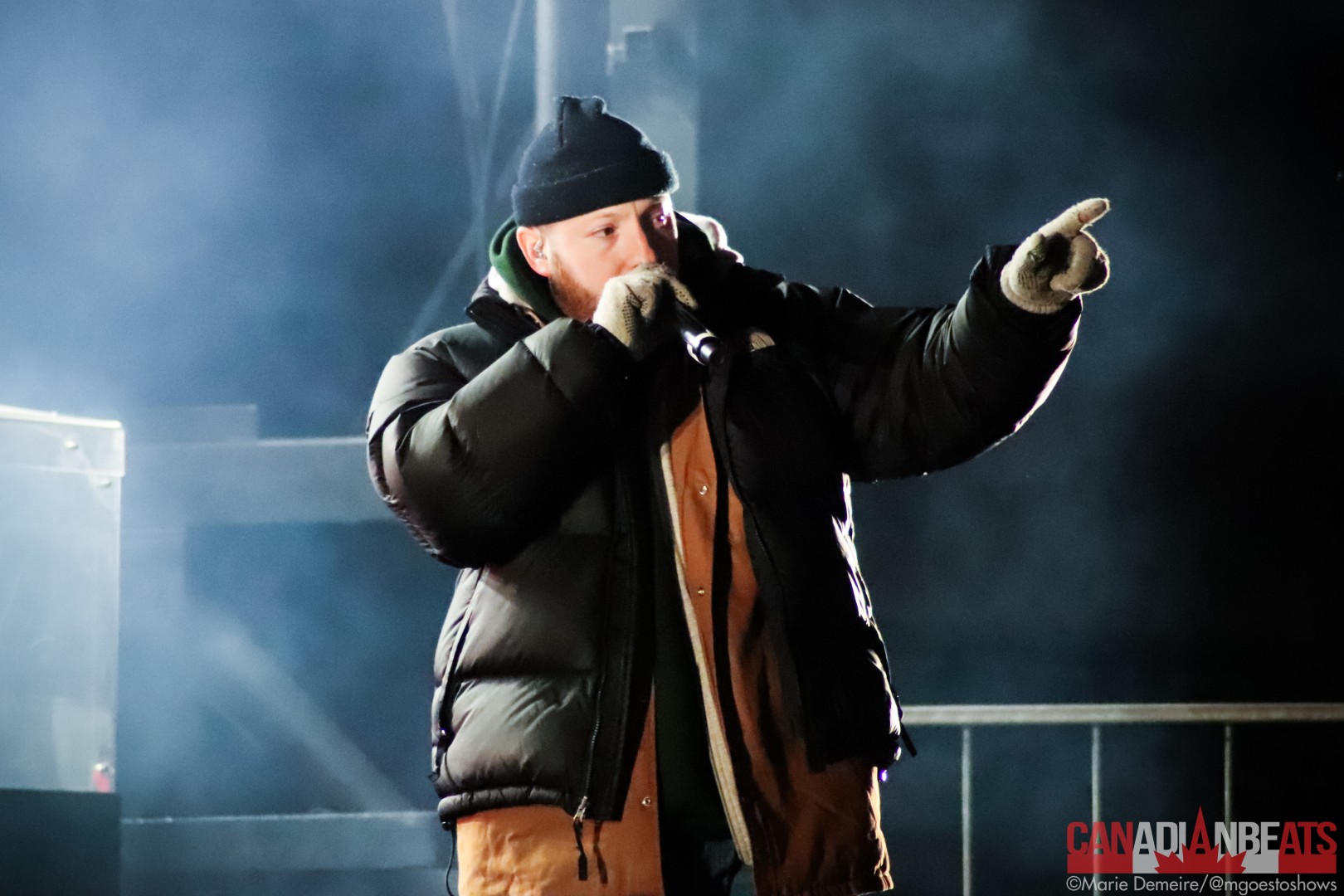 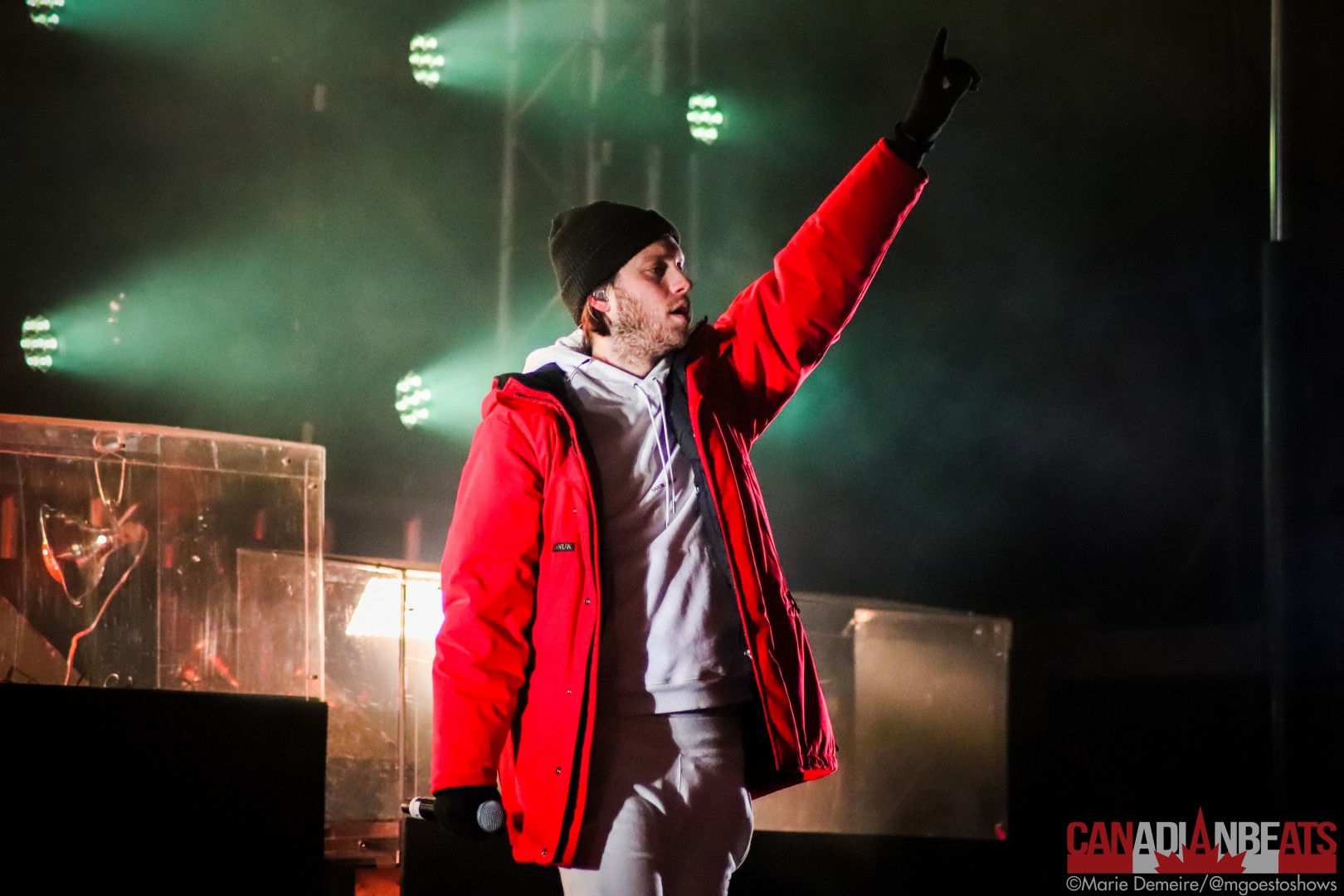 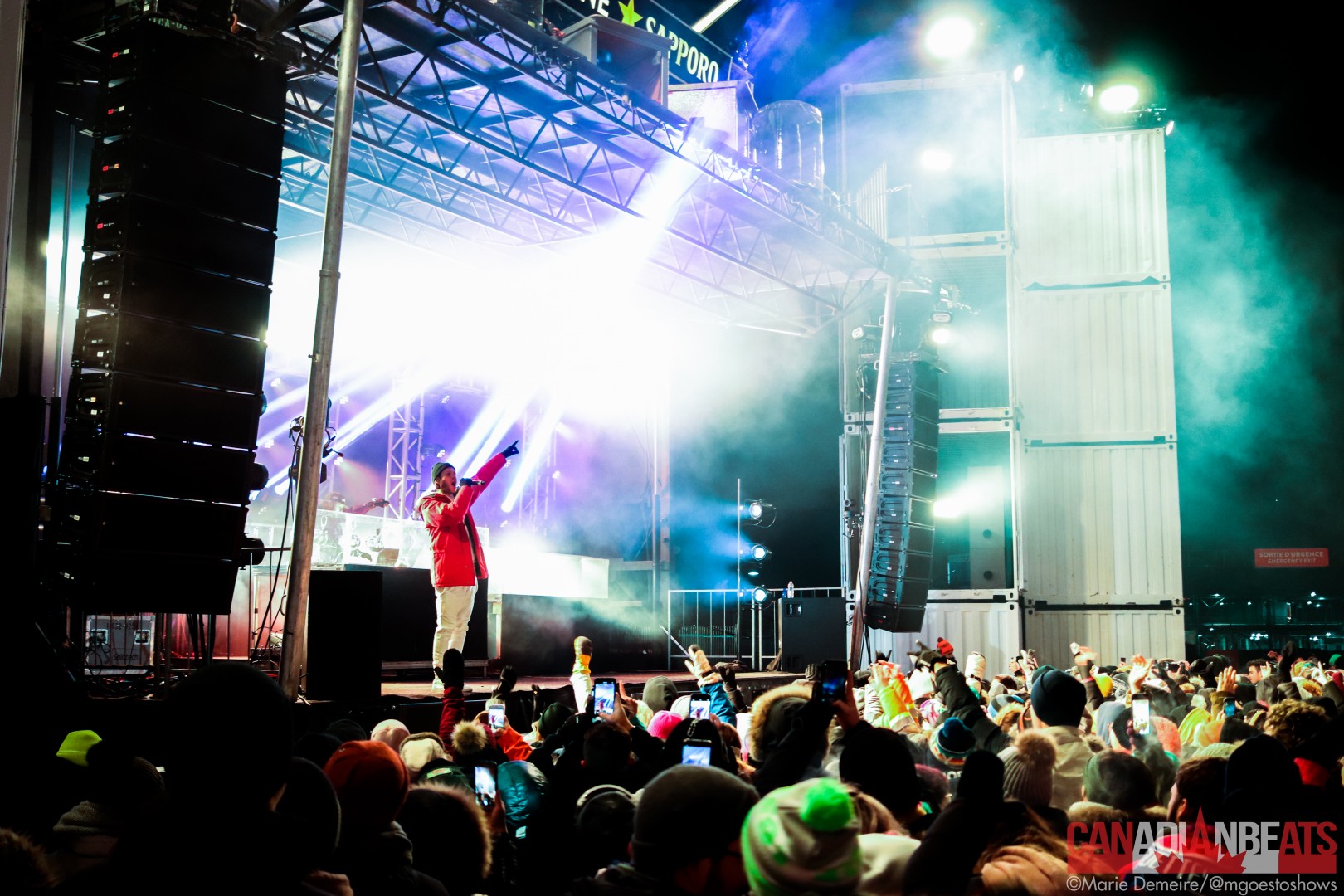 mariegoestoshows.wixsite.com/mariegoestoshows
Share this:
Related ItemsCharlie ShulzfeaturedIgloofestjoyride recordsLoudmontrealQuebecquebec rapRapWhite-B
← Previous Story IN PHOTOS – JP Saxe in Toronto, ON
Next Story → IN PHOTOS – Tebey brings The Good Ones to Mavricks Music Hall in Barrie