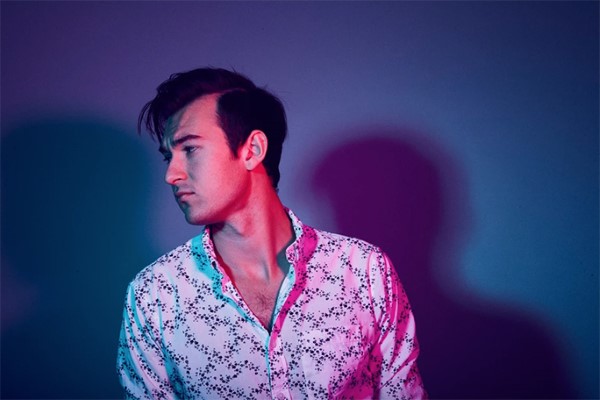 Former CTV The Launch finalist, Ezra Jordan has unveiled his new single, “Cliffs” along with a lyric video for the release.

The track is the latest reveal from the Canadian alt-pop, soul-rich R&B artist and recent 2019 JUNO Awards TD Green Room performer’s forthcoming EP, Cheap Therapy, which will be released April 2, 2020.

“Conceptually, this project has been in the making since 2018,” Jordan says of the album as a whole. “I had started a new relationship, and it went hand-in-hand with a period of intense personal growth.

A song like “Hair Fall Down” was written when I was still in love, and thinking about all the amazing plans my now-ex and I had planned for the future,” he recalls. “But then “Easy” was written about the moment we knew we had to have the conversation that lead to the end of our relationship.

Songs like “Let It Out” and “Cliffs”, especially, were each written about the whirlwind of emotions I had swirling around inside me in the months after we broke up.

I find a bleak sense of irony in the fact that this breakup was the only way for me to truly learn the things I would have already needed to know in order to save our relationship in the first place,” he continues, candidly. “As in, funnily enough, one of the biggest recurring problems throughout the lifespan of the relationship that inspired this record was that I travelled too much, and didn’t have enough time to dedicate to her.”

Check out the lyric video for “Cliffs” below and find out more about Ezra via our Five Questions With segment.

My name is Ezra Jordan, and I’m a singer/songwriter from Toronto. I’ve been playing piano since I was 4, and all the way through my adolescence I was convinced I wanted to do something in music, but something that was behind the scenes like producing or film scoring. That all changed when I had a flukey but life-threatening injury when I was 18 that made it impossible to sit at the piano for the better part of a year. That was when I found my voice and started writing songs, and I’ve loved doing it ever since.

The music I make lives somewhere between R&B/soul, and the alt-pop world. I’m predominantly a piano player, so I often start by putting a melody or a drum loop over some chords. I typically write about the people in my life, whether it’s a love interest or a friend, it just has to be something that holds some emotional resonance with me. I also tend to get a lot of ideas when I’m driving, so I have tons of pretty weird-sounding voice notes on my phone of me trying desperately not to forget the idea that just popped into my head. But no I don’t type and drive!

I don’t have anything officially announced, but there will be something coinciding with my EP release that I will announce soon. My live show is all about freedom, musically speaking. I was a piano player long before I ever started singing and writing songs, so I like to take advantage of the freedom of a live setting to do things a little differently than I do in my recorded material, and in a way that showcases both my personality and my musicianship. I play with an unbelievably talented 4-piece band comprised of some great friends of mine that I’ve known and played with for a long time, and we like to get funky on stage. We add parts here and there for audience participation and to get the crowd into the swing of things. At the end of the day, I just love playing music with my friends for an audience that is having fun alongside us.

If I could only suggest one of my songs for somebody to hear, I would have to choose Cliffs. My music spans a few different genres, some of which are better represented in other songs. However, Cliffs is a portrayal of the direction that I am most recently heading towards.

Some of my favourite Canadian artists are Scott Helman, EW x JF, and JP Saxe. I’ve had the pleasure of working with Scott as his keyboard player, and with Elijah and Jamie in some writing sessions. I hope to get a chance to write with JP down in LA this summer, but having met all of them I can tell you that they’re all as lovely in person as they are incredible to listen to.