Review – Cat and the Queen 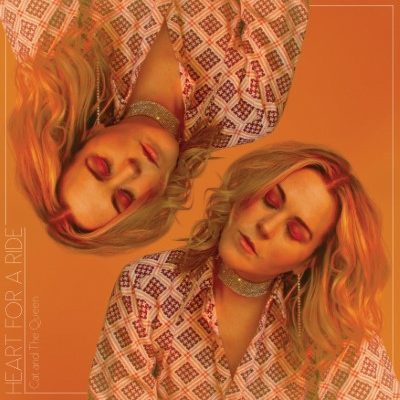 Heart For A Ride is the newest LP from Toronto based artist, Cat and the Queen.

Heart For a Ride is instantly intriguing through its structure. The first half of the album is songs where Cat and the Queen uses her powerful vocals with an electronic accompaniment. The second half of the album, however, creates new versions of almost every song (bar one) but featuring the artist’s band, the Royals, who bring drums, guitar, bass and saxophone to the mix. Despite neither the vocals and lyrics changing, the stark difference between versions are practically night and day. With Heart for A Ride, the hard part is not just picking a favorite track, but which version of that track. Tracks without the Royals are uptempo electro-pop with a dark and mysterious, but nostalgic vibe. I got the impression that these songs were made for a dim dance floor, lit only by lasers with captivated dancers pressing in on all sides. With the Royals, tracks take on a different dimension of power that run the gambit of being perfect for a peanut-shelled dancefloor to the booming speakers in a protest march.

Standouts tracks to me were “Troubling Eyes” and “Chum (ft. Royals)”. “Troubling Eyes” is the only track on Heart For A Ride that has no parallel version with the Royals. The track leads you in with a lighthearted whistle, then moves to a swimming bass and jaunty organ, as the Cat and the Queen reduces her energetic vocals for the verses to an intimate whisper. This creates a great contrast to when The Cat and the Queen moves back to her full bellows in the choruses with the full potential of her accompaniment. The track a sense of darkness and humour that puts me in the mind of a dark version of the B52s. “Chum (ft. Royals)” first of all, features my favorite line of the album “I’ve been on house arrest, with a shark for a dinner guest.” However, in contrast to its ‘non-Royals’ version, this version had this viciousness with its instrumentation that really sunk its teeth into me. You can almost feel the rumble of swimming sharks nipping at your toes with this one.

Overall, the album is unquestionably powerful; as ready to take you out to dance as much as it is to tear out your heart out.