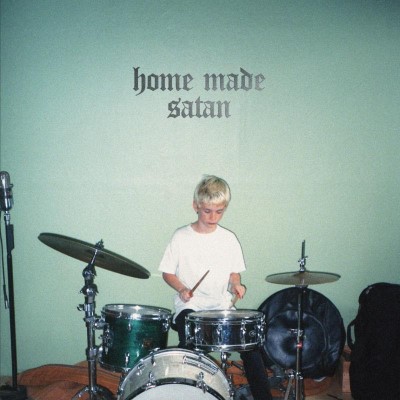 Whitby, Canada-native Chastity AKA Brandon Williams shares the video for ‘Strife’ taken from his album Home Made Satan which came out on Dine Alone Records and Captured Tracks last autumn.

Chastity continues to act as a young voice for revolutionary thought, action and song with this follow up to “Sun Poisoning”, “Flames” and “Anxiety” videos. He explains,

“Holden, who plays the devil in the video, is a great and imaginative young illustrator. He has an Instagram (@holdendraws) where he sells all of his drawings and puts money made toward causes he’s passionate about. He’s ten years old, the kid is wicked. All the drawings in this video are his.”

Chastity will be embarking on a UK and European tour this February and March, once again supporting label mates DIIV, before heading out on a co-headline US tour with Crywank in March and April – both tours in support of the release of latest album Home Made Satan. The second installment of a building trilogy, bringing a pop sensibility to the band’s catalogue following their acclaimed 2018 debut Death Lust, Home Made Satan was released to acclaim when it came out in September. Recorded over the course of a couple of weeks with his full live band in a small studio in London, Ontario, between a European tour with Fucked Up and a seven-week North American tour, Williams crafted an emotional and political concept record meant to capture voices that often go unrepresented. Williams wrote and compiled the album as if he was scoring a film, aiming to match the sounds on the album to the vision in his mind.