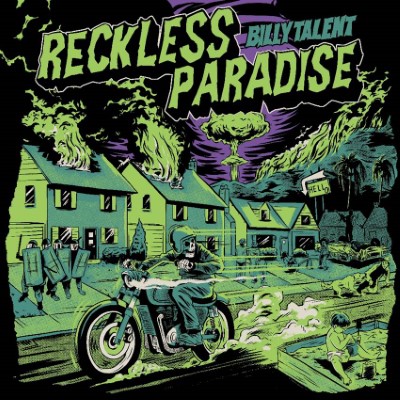 Canadian rockers, Billy Talent have unveiled the first official single from their forthcoming album, due out this fall. The single, “Reckless Paradise” showcases the powerful driving riffs and pointed lyrics the band is famous for. Produced by Billy Talent guitarist and Juno Award nominee (Producer of the Year) Ian D’Sa, “Reckless Paradise” is available now everywhere you listen to music.

This single follows up on “Forgiveness I + II,” which was released as a surprise in November to great acclaim.

Check out “Reckless Paradise” below and stay up to date with the band via their socials.