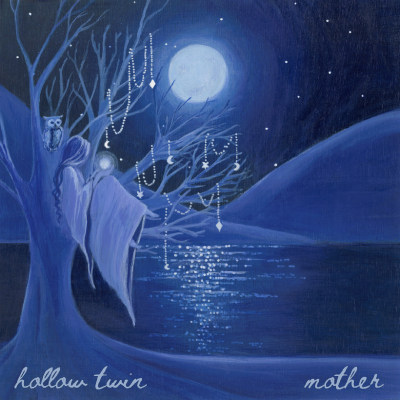 According to their website, “Hollow Twin comes to you from the depths of two old souls brought together in this life by serendipity. Melding together the experiences and wisdom of those that have been here before into a sweeping landscape of intertwining vocals, dreamy instrumentals, and moving lyrics.”

“Mother” is described as “moody, haunting, and dreamy, with Wosk’s strong and honest vocals telling a story of how life doesn’t always go as planned – intertwined with Watts’ soft harmonies and powerful guitar.” Ultimately the track “tackles the topic of a woman fleeing an abusive relationship, how life does not always go the way you may think, and how we are all part of something larger than ourselves.” The duo shares the inspiration behind the track, allowing the audience to have a better grasp on the concept, struggles, and feelings surrounding it:

“’Mother’ is about someone who thought they had control over their life, but the universe had other plans. It was written about Becky’s mother, who was married to an abusive man, but had an affluent lifestyle. They divorced when Becky was 14. Her mother lost her status and wealth, moved to the country and fell in love with a man who was a recovering addict (who ultimately lost his life to cancer 2 years ago). This is a harrowing tale of destiny, complemented by strong, soulful vocals and booming baritone guitar.”

Along with writing and performing the single, the duo also co-produced this track (along with Colin Stewart) and created the music video that is being released alongside the single. Interested in hearing more? Keep up with Hollow Twin’s socials for information on new releases and tour dates near you!