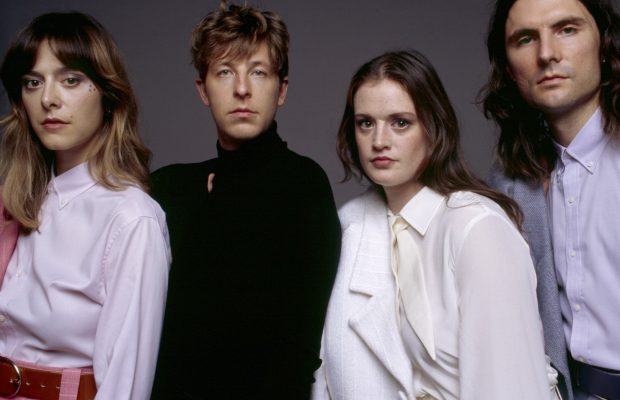 Four-piece Indie Pop band, TOPS, has announced their new album – I Feel Alive – out April 3, 2020 via their record label Musique TOPS. This is the Montreal-based band’s fourth full-length album and features singles “Echo of Dawn,” and “Seven Minutes” from last year. TOPS has also shared the album’s title track and video, which is directed by Mashie Alam. The video documents the band at a photoshoot. The track “I Feel Alive” is a pop song with darker undertones. It’s an ode to new love and early stages of romance, but also leaving someone else behind.

The songs from the new album will cover a range of experiences but at its heart, it’s about resilience, the ways we can grow from our pain, and the strength that comes from learning to stand on your own as an individual. I Feel Alive was recorded in a basement studio in Montreal, and was the first time recording with new keyboardist Marta Cikojevic who joined as a live member in 2017. The band would work all day writing a song and then demo it the same evening.
TOPS will be embarking on a two-month-long tour beginning April 3 in Las Vegas. They’ll continue throughout the United States with 3 Canadian dates (Montreal, Toronto, Vancouver), and then will journey over to tour across the ocean. View all dates and information here.
Connect with TOPS:
Website
Facebook
Twitter
Instagram