Review – Blackie and The Rodeo Kings 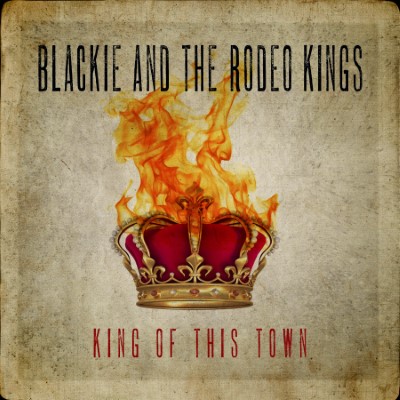 Blackie and The Rodeo Kings are celebrating 25 years together with the release of their 10th studio album King of This Town on January 24.

The band came together in 1996 when Colin Linden, Stephen Fearing, and Tom Wilson recorded what was supposed to be a one-off album, honouring Canadian songwriter Willie P. Bennett. Twenty-five years later and the trio are still making music together. In the span of their career, they’ve racked up several Juno award nominations and took home one in 2000 for Roots/Traditional Album.

Recently, the band signed with Warner Music Canada. They kicked off 2020 with a performance at the Grand Ole Opry’s legendary Ryman Auditorium, followed by a show at one of Nashville’s iconic stages, The Bluebird Cafe, ahead of their previously announced ‘King Of This Town’ tour.

King of This Town is a deliciously layered soundtrack of perfect harmonies, slick guitars, and gripping stories. “Trust Yourself” is a bluesy ode to self-reflection, while “Baby I’m Your Devil” is a smoky, sultry come hither. You’ve got the danceable “Kick My Heart Around” and you’ll also find the melancholy, acoustic gem that is the closing track, “Grace”. Whether you need a windows-down, country roads tune, or a broken-heart therapy session, you’ll find it on this album. There doesn’t seem to be a topic that BTRK doesn’t know how to speak about with fluidity and pure craftsmanship.

Reminiscent of Neil Young’s honest lyrics and comforting melodies, their 10th studio album is truly phenomenal. Blackie and the Rodeo Kings have continued to set the bar for Canadian artists with their ability to blend genres and speak the truth.

Do yourself a favour, and stream or download your copy of King of This Town, by Blackie and the Rodeo Kings.

Share this:
Related ItemsAlley Cat PRBlackie and the Rodeo KingsKing of This TownWarner Music Canada
← Previous Story Review – Double Date With Death
Next Story → Review – Cat and the Queen