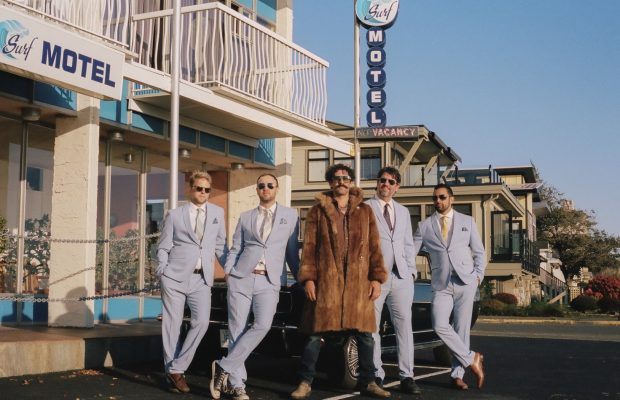 Victoria, BC-based electronica group, Astrocolor is back with a brand new single, “Laughter” along with a music video for the release.

The video was shot on location at an iconic motel and attraction in Victoria, BC called the Surf Motel and follows each band member receiving a ‘clarion call’ from frontman, DJ Neil Cooke-Dallin, causing them to drop their respective daytime activities and meet him at the motel for a performance.

The track features the timeless Stax Record sample of the highly recognizable Wendy Rene After Laughter (Comes Tears) track from 1964 and was mixed by San Francisco based music producer, engineer, mixer, remixer, mastering engineer and filmmaker, Count. He has worked with artists such as Radiohead, The Rolling Stones, Frank Sinatra and most recently Tycho who’s latest album, Weather has been GRAMMY-nominated for Best Dance/Electronic Album.

Check out the video below and stay up to date with Astrocolor via their socials.