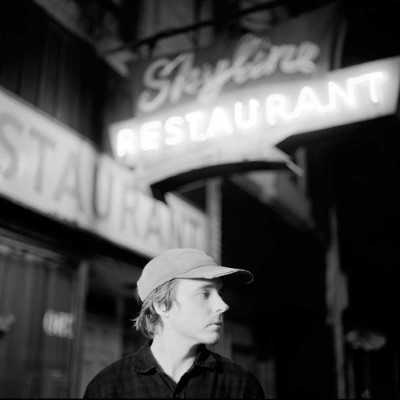 This Friday, January 24 via Arts & Crafts, Andy Shauf will release The Neon Skyline, “a remarkably evolved variety of break-up album, one whose match of melodicism and bruised romanticism makes it somehow suggestive of Lou Reed’s Berlin as re-written by Paul Simon” (Uncut).

He now shares a new single, “Living Room”, which follows the previously released lead single “Things I Do” and track/video “Try Again”. On top of heartbreak, friendship, and the mundane moments of humanity that define his songwriting, Shauf makes music that explores how easy it is to repeat the same mistakes of your past. This is immediate in the foreboding “Living Room”, during which a character falls into the same, disheartening pattern her father was once in and later asks herself, ‘How hard is it to give a shit?’

Shauf will be embarking on a North American tour starting next month. Tickets are on sale now and all dates can be found below.