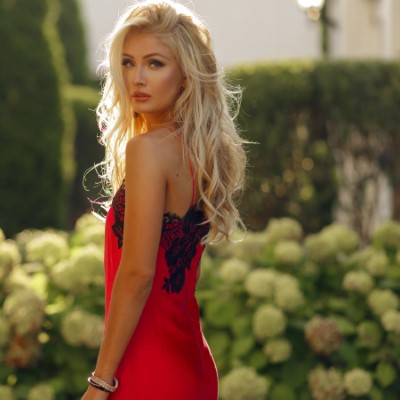 Check out the single below and find out more about Kira Lynn via our Five Questions With segment.

My name is Kira Lynn, and I am a singer-songwriter born and raised in Edmonton, Alberta. After graduating from music as well as Public relations at MacEwan University, I decided to make the move to Nashville to fully pursue my music. I have had the opportunity to write with amazing songwriters such as the late-great Ralph Murphy, who I wrote one of my singles with called ‘I Won’t Let Go’. My latest single ‘Hey Love’ is out now everywhere, and I wrote this pop-country song with Stephen Hunley, and Bobby Mclamb.

I would describe my music style as country-pop, using catchy pop melodic riffs with storytelling lyrics. I try to write songs that people of all ages and gender can relate to. I am more melody-driven when writing my songs, so I love getting together with strong lyricists to craft strong songs.

I recently performed at a major charity event in Edmonton in support of the Christmas bureau. I also perform at The Row a lot, a music venue in Nashville on music row. The Row always brings in a great crowd to perform to. One of my favourite places to perform is the famous Listening Room as well in Nashville which I am currently in the midst of setting up a show there. That will probably end up being a writers round, which I really enjoy doing because I get to be alongside other great songwriters and sharing the stage and feeding off of each other is great! I will be sure to be releasing dates for any upcoming shows soon.

I love performing alongside a live band, but I play the guitar and piano, so sometimes an acoustic set is a great intimate way to perform and engage with my audience. My recent show at Big Machine Distillery was just me on guitar, and I had a couple of other guitar players to riff over me to get the energy up. It just depends on the show.

I would love people to hear my latest single called “Hey Love” which is available on all music platforms now. I wrote this song with Stephen Hunley and Bobby Mclamb, who are also friends of mine so the song just kind of poured out of us. “Hey Love” is about talking to “love” as if it were a person. Saying I am ready to fall in love and that I have been patiently waiting. I think it ended up being a very relatable song, I hope people enjoy it!

I recently attended the CCMA’s in Calgary and I watched Tenille Townes perform, and I instantly became a fan. There was something about the energy and her voice that lit up the stage. I also enjoy Brett Kissel who I actually have performed with at a fundraiser in Canada where we sang a duet together.