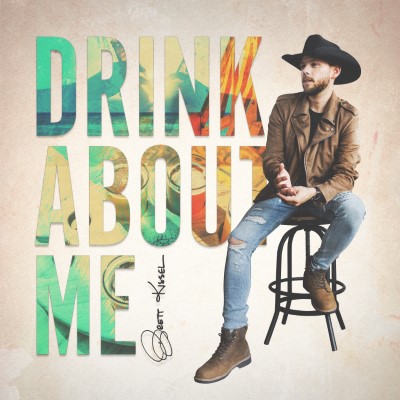 Brett Kissel, the country music superstar from Flat Lake, Alberta, didn’t even know what to say about his new single “Drink About Me” from his album Now or Never scoring  #1 at Canadian country music radio. It was most played song this past week on Canada’s Nielsen BDS and Mediabase country radio charts.

Kissel is one of the hardest working, most grateful and humble artists on the country music scene today (he can be compared to George Strait or Garth Brooks for these awesome traits) and has recently been crowned “The New King of Canadian Country” by The Canadian Press. He also was recently named one of the Artists to Watch in 2020 by The BOOT. Very impressive for this proud husband and father of three.

“Drink About Me” is a love song and about making wonderful memories but it’s disguised as a drinking song – brilliant!  It’s absolutely resonating strongly with all country music fans.

“Drink About Me is the second song of Kissel’s career to hit #1 at Canadian country radio (following “Airwaves” in 2015) and is his 14th Top 10 single. Also last week “Drink About Me” was included on Rolling Stone’s Trending 25 – the fastest-rising songs of the week in America – in the #4 position. This will definitely add fuel to the fire that drives Kissel to give his fans what they want and more!

Reading his social media pages, I came across this and it really puts into perspective who this singer-songwriter really is.

And last, but not least, it’s my team… my team of hard working, dedicated, tireless believers — who, since “Drink About Me” was released on Friday, September 6, worked to get this song from an unknown little track to a big ol’ number one hit.”

Canadian Beats congratulates Brett Kissel on his past successes: two Gold-certified albums, seven Gold singles, 14 Top10 radio hits, and in 2019, winning the JUNO Award for Country Album of the Year and earning the Canadian Country Music Association’s Fans’ Choice Award, following a record-breaking 112-date tour that reached every single province and territory. In 2020, the release of Now or Never on New Year’s Day and on your performance at The Ryman on the legendary Grand Ole Opry on January 11 is just a start to all your futures successes.