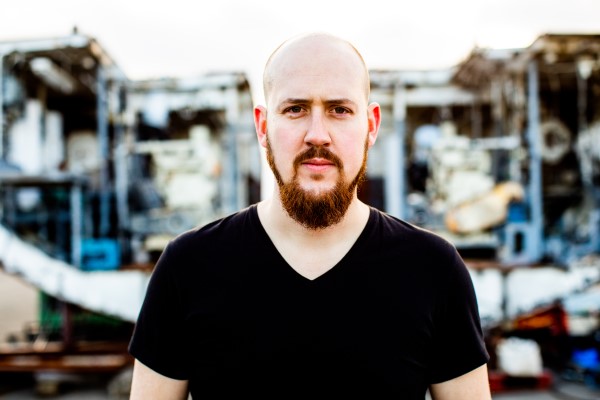 It takes a very special artist to tackle the human emotions from one end of the spectrum to the other. Luckily, we have Jean-Paul De Roover with both Love (released in May 2019) and Loss (due out February 21st); a double project on which Jean-Paul bares it all for the listener making them feel more relatable than ever before.

Check out the lyric video for his single, “Wreck” below and find out more about Jean-Paul via our interview.

The release of your “LOVE” album was, more or less, the lighter side of sibling album LOSS (home to brand-new single “Wreck”). How did you switch mindsets when writing for the separate projects?

I was technically working on both albums at the same time, which is even more challenging. I was surrounded by this wonderful positivity but had to routinely sink down into these depressive states in order to work on the material for LOSS which was a real challenge when your attention is broken by having to run back upstairs to help with your giggling toddler’s bath. That emotional ping-pong back and forth was difficult, but it also helped me realize that conceptually love and loss do have to coexist in order for either of them to have meaning on their own.

After the writing process was complete, the albums were recorded one after another, allowing me to really dial in the vastly different tone of each collection of songs. The release and subsequent touring of each album also had some separation in order to let each album breathe on their own and have some space to exist within my catalogue so that they weren’t stepping over each other.

When it comes to writing about such personal topics (marriage, having kids, the loss of loved ones), is there ever a topic you won’t touch on?

That’s a great question. I’m sure there’s a line that I’ll hit at some point, but I haven’t crossed it yet. When I first started, I had created some self-imposed boundaries, but even those have been broken down. For example, I never thought that I would write anything political, but then “Let Me In” (from LOVE) came from my experiences with Syrian refugees living at a camp in Germany. “There’s Been An Accident” (from LOSS) is based on a tragedy within my family which is very delicate, but too important not to include on the record. I maintain that music can be very cathartic when dealing with very complex emotions and topics, and for that reason, even the most devastating material deserves to be connected with.

I’ve often struggled with writing very personal songs, mostly because in the past I was afraid to bare myself in that kind of way. LOVE was almost an exercise in exposing those positive emotions because I had always been drawn to the musical and lyrical appeal of a much darker subject matter which is exactly why LOSS was is the perfect companion piece.

The live-looping of genres & instruments that you do is something I imagine a lot of artists can’t quite grasp! How were you drawn to this style?

It certainly takes a lot of practice and patience! I wasn’t necessarily drawn to the “sound” of looping as much as I was drawn to the accessibility of it. The ability to create a full band sound as one person was the real appeal, while also being able to hit the road whenever I wanted without having to consult bandmates, their partners and employers, etc.

One of the cool things about looping is that while the tech might be the same, every artist that uses it inputs their own style and sound meaning that everyone is still unique. My palette would consist of acoustic guitar, vocals, drum machine, synth, and various other instruments and sounds, but it’s the songwriting and delivery of the material that makes my live shows special. With LOSS, however, I’ve flipped the script. The album was written as an “anti-looping” album meaning that it was designed to be impossible to loop. This was intentional as I knew it would force me to start working with a live band again, something that this project deserves and that I needed to get back to because of my roots in alternative/rock/punk bands.

Besides creating/playing music yourself, you’ve spent almost a decade working with festivals & events in your city of Thunder Bay. What’s the most fulfilling part of that for you?

I’ve always loved the back-end of music. Through my studio Blueprints, I do a lot of work with not only recording/mixing but also artist development. The festival side helps me to continue working with artists in a different capacity, and it’s always nice to be able to hand a cheque over to a deserving musician that is dedicating time and effort to their craft, hopefully, to continue growing as an artist and bringing more and more attention to our region. Because of our remoteness, there are a lot of roadblocks and I’m happy when we can help an artist by using our own backyard to springboard them into larger markets where they can keep developing their audience.

What do you have planned in the next six months?

The album release is February 29th, followed by an Ontario tour as a 4-piece band “Jean-Paul De Roover & the Bandaid Solution” in March, some live video content and then some festival appearances over the summertime. In the fall I hope to do a special presentation of both the LOVE / LOSS projects together.