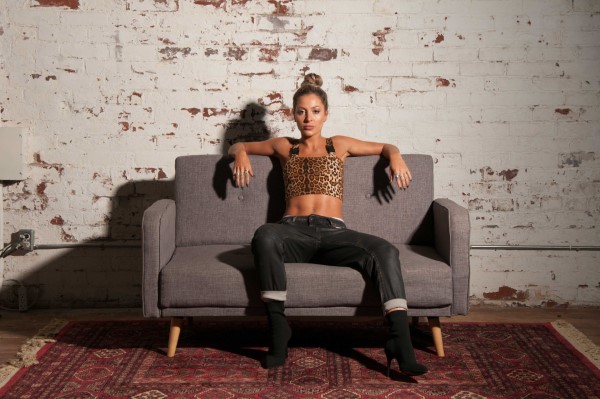 Delaney Jane is stepping out of the shadows and into the spotlight with her debut album Dirty Pretty Things, which was released on November 22, 2019.

The vocalist and songwriter’s credits reached over 400 million streams before her solo career even began; lending her talents to acts like Zeds Dead, Tiësto, and Rezz. On the performance side, she counts headlining names like The Chainsmokers, Tiësto, and Shaun Frank.

Jane’s 13-track debut is a set of alt/pop anthems and ballads, co-produced almost exclusively by Grammy & JUNO nominated writer/producer/DJ and fellow Canadian Shaun Frank. If the success of her 2018 single “Bad Habits” is any indication – reaching the Top 10 list on CHR & HotAC in Canada, and certified platinum sales status – Jane is in for a promising solo career.

We caught up with Delaney Jane to find out more about her budding solo career, performing for a hometown crowd, and what she’s after in 2020.

Has performing and working with these headlining names in the industry prepared you in any way for your own career as a frontwoman?

Of course! I was lucky enough to perform at venues and festivals all over the world long before I put out any of my solo music, which gave me some solid experience on stage. Not only did that help with overcoming any pre-show anxiety, it began teaching me how to work the crowd, how to create special moments, and most importantly, how to make the people standing on the ground feel like they’re apart of something special – something bigger – and leave them with some memories they’ll never forget. It also taught me the importance of going pee RIGHT before I go on stage hahaha…

Do you have any plans to collaborate with any other artists?

There are a lot of artists I would ​love​ to collaborate with. I’d love to write a heartfelt duet with Jeremy Zucker – I’m obsessed with his song with Chelsea Cutler “Good to Me” – and I imagine our voices would sound like heaven together. I’d also love to work with Trent Reznor (he’s my all-time favourite producer, hands down.) But to be honest, if I could do ANY collab at this very moment, the basshead in me is dying to sing on a track produced by Skrillex. As far as collaborations currently in the works go, I have a really cool duet I wrote and sang with Grabbitz called “Breathe” and we’re looking to release that early 2020 – I’m super proud of that one and can’t wait to share it

Your single “Bad Habits” was released last year to solid success on Canadian and American radio, not to mention platinum sales status. How has the reaction to the song felt?

It’s pretty funny to me when I’m sitting in my dentist’s chair and Bad Habits comes on the radio, or when I’m n a shoe store trying on shoes and THERE IT IS AGAIN… But by far the coolest feeling is when I perform the song live and every single person in the crowd is singing along. That moment tops everything. To say it’s surreal is an understatement.

I really love how open you’ve spoken about the writing process for this album. Can you speak to our readers about why this collection of songs is so personal and important for you to release now?

Up until this point in my career, I’ve always written toplines for other DJ/Producers, so this album represents my independence and freedom as an artist. It is a collection of my most honest and personal stories told in their rawest form, which will allow people to really step inside my mind, my heart, and understand not only who I am, but why I am the way I am. I write with such an openness to my own vulnerability in hopes that people from all walks of life may be able to relate, and in turn feel a little less alone in whatever it is they’re going through. For me, this album is all about sharing and connecting. Growing up, music was what got me through the tough times. It’s such a profound, powerful universal language, and I’m so lucky to be able to express myself in such a beautiful form.

What do you love most about performing in your hometown?

There’s a certain kind of magic in the room when performing in Toronto, or anywhere in Ontario really. I think people take pride in seeing an artist blossom and bloom out of their own city, so getting to show up and support them at shows is just as special for them as it is for me. I really just love how the room feels like one big family and I pretty much know all my OG Day 1’s so it’s a fun reunion when we’re all together again.

What are you most excited about in 2020 – anything you can tell us about yet?

Honestly, I’m most excited about my album (FINALLY) being out! I already feel the momentum rising and I think it’s gonna bring a lot of cool new opportunities my way. There may be a 2020 tour in the works but I’m not allowed to give too much away…Yet 😉 So stay tuned for all the surprises!