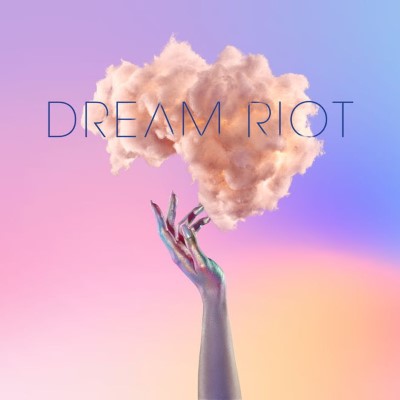 Dream Riot is the newest album from Toronto based band, FEATURETTE.

Overall, Dream Riot‘s mood is at once dark and gritty, yet maintains this fun, optimistic mood. Using thick layers of gritty and nostalgic sounding synth samples, FEATURETTE features rich female vocals and a generally slow, pendulum-like tempo. I heavily recommend using headphones for this one if you want to catch the full breadth of the album’s soundscape to get your head really bobbing along with the flow. As their press says, FEATURETTE wants to use Dream Riot to help listeners “dive into their dreams, and enter the world they’ve created.”

Standouts on the album for me were the tracks “Million Things” and “White Rabbit”. The track “Million Things” stood out for me with its super upbeat tempo with a fun, frenetic energy. This frantic pace compliments the lyrics of working hard to have a million material things like “fast cars and diamond rings,” but, in contrast to when the singer had nothing, their new busy life has only one thing missing: their partner’s affection. Despite its somewhat sad subject matter, though, the song is quite upbeat and could be a really fun summer anthem.

“White Rabbit” has an interesting asymmetrical tempo as the layered samples jump around the song like a bouncing ball. The effect is a soundscape somewhat akin to the mad world of Alice’s wonderland as the song confronts the illogical behavior of a tragic friend who may be unwanted almost everyone (even the birds), but they have officially worn out their welcome and not even FEATURETTE will take pity on them any longer.