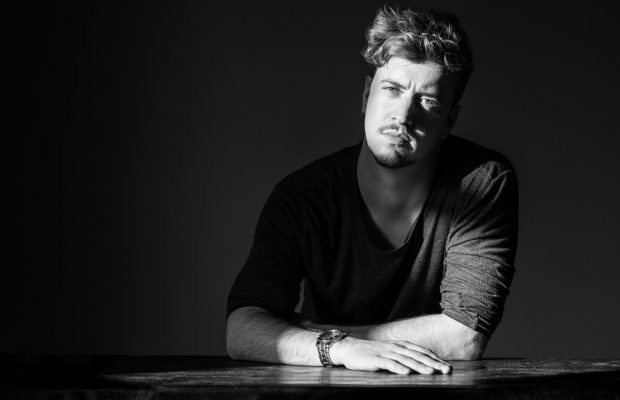 Pop/soul artist Will Bowes is kicking off 2020 by releasing his debut album Character on January 17. The London, Ontario-native is working with producer Rob Wells (Justin Bieber, Ariana Grande, Backstreet Boys) to cultivate his pop/rock release. The eight-track debut, inspired by the end of a long-term relationship, is an honest and vulnerable story.

Writing and performing since childhood, Bowes is developing quite the career as both a performer and actor; scoring roles in movies like ‘Scott Pilgrim vs. The World’, ‘House at the End of the Street’, and television series including ‘Alias Grace’, ‘Murdoch Mysteries’, and ‘Degrassi’. Will is also currently in the Netflix series, ‘Spinning Out’.

We caught up with the budding singer/songwriter to talk about balancing his love for music and acting, his debut album, and what else 2020 has in store.

What role did music and performing play throughout your childhood? Did you decide at an early age this was what you wanted to do? Were there any influences that really pushed you in this direction?

Hi Canadian Beats and thanks so much for having me! I definitely became obsessed with Neil Young when I was a kid. I was so obsessed that my parents took me to see him when I was 6 years old and they describe me getting a contact high. I also went as him for Halloween, I remember singing “Needle and the damage done” to a very shocked and unsuspecting family who opened the door to give me candy. Of course, I had no idea the song was about heroin addiction at the time! It wasn’t too long after that I started writing my own music, recording and releasing my first single at age 11 on CBC Radio. From then on, I’ve just been writing constantly and singing in different projects. It kind of feels like it’s in my blood at this point. I love it.

Not only are you working on new music, but you continue to build an impressive resume on the acting side of things – how do you balance both passions?

Thanks! I think anyone who is involved in the arts can agree that you really need to diversify yourself to stay active. And by active, I also mean financially stable haha… Both of my parents were actors growing up, and it really was just the family business that I fell into. It’s a difficult balance because the jobs can be few and far between of course, but the hustle is constant and relentless. I was so lucky to land a role on Netflix’s Spinning Out, now streaming.

The inspiration for Character stems from a breakup, something most of your fans will be able to relate to. Can you tell us about the writing process for this album? Was it cathartic to put these emotions down on paper?

Totally. It’s funny how sometimes the most negative and dark times in your life can lead to the most liberated and creatively prosperous times as well. Anyone who’s gone through a major break up or loss in their lives can attest to the fact that it’s like living through the five stages of grief. I feel like each of those stages are represented in a trilogy of tracks from this album. It was definitely cathartic and very difficult to relive moments during the recording process, but the most important thing for me was to still make a record that felt optimistic, positive, and triumphant. We all experience hard times, loss, and heartbreak. But the question for me was how do I create a massive pop banger out of it all.

Are there any artists that inspire your vulnerability and the way you approach songwriting?

Of course. I mentioned Neil Young earlier so that one’s obvious. In terms of inspiring vulnerability, the first artist that comes to mind for me is Otis Redding. I close my eyes and listen to Otis and I feel like he’s right next to me pouring his heart out. It’s amazing to think that when these old soul recordings were done, they were recorded as one single vocal take and the only option was for the artist to get into the studio and just put everything on the line to capture that emotion.

What’s your favourite thing about making music as a Canadian artist? Is there anything about the music landscape that stands out for you?

That’s a great question. I think that fundamentally, it feels so incredible to live in a country where an artist feels like their own federal government actually cares about fostering and nurturing their talent. I live in Ontario so I’m definitely not talking about our current provincial level, but federally our government does put a lot of resources and funding towards independent artists. Do I think the resources and funding could increase exponentially? Of course. But the point is that they do exist, as opposed to not existing at all. The world is a better place when we’re all able to share our stories, and that’s ultimately what art is.

Yes! I’m so excited. Please download/stream/share my debut album, Character, on January 17th. I am playing a free show in Nathan Phillips Square in Toronto on Saturday, March 7th at 2pm. It’s part of Toronto’s 186th birthday celebration called “Celebrate Toronto.” Otherwise, I would absolutely love to tour. I will be playing local shows as often as I can but I hope to acquire an agent and/or manager that could help me facilitate a tour. I also want to thank you, Canadian Beats, for being so supportive over the past couple of years. Thank you for giving independent, unsigned artists like me a platform to share what we are creating. And Happy New Year!