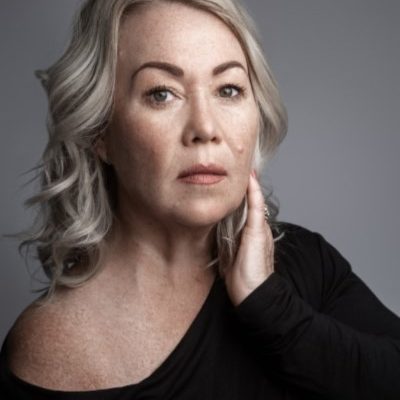 Acclaimed singer-songwriter, actress, broadcaster and author, Jann Arden, is beloved across the country for her honest, heartfelt lyrics and her beautifully witty sense of humour.  On March 15, she will join The Tragically Hip, Shania Twain, RUSH, Alanis Morrisette and Cory Hart as the newest inductee into the Canadian Music Hall of Fame.

Born and raised in Alberta, Arden first captured the country’s attention with her 1993 album, Time for Mercy, which included the single “I Would Die For You.”  Arden’s follow up album, 1994’s Living Under June catapulted the songwriter into the international conscience with her Billboard-charting single, “Insensitive.”

Jann Arden is also a prolific author, penning her memoirs If I Knew, Don’t You Think I’d Tell You?, I’ll Tell You One Damn Thing, and That’s All I Know!, Falling Backwards, and 2017’s Feeding My Mother, which chronicled Arden’s time caring for her mother while she experienced Alzheimer’s.  Starting in 2018, Arden added to her acting resume with her CTV sitcom, Jann, in which she plays a fictionalized version of herself.

Arden’s Canadian Music Hall of Fame adds to her impressive list of awards and accolades, which include eight JUNO Awards, 10 SOCAN Awards, four Western Canadian Music Awards, a Much Music Video Award, a star on Canada’s Walk of Fame, and the Order of Canada.

The 49th annual JUNO Awards and JUNO Week 2020 will be hosted in Saskatoon, SK from March 9 through March 15, 2020. The JUNO Awards will be broadcast live on March 15 from the SaskTel Centre on CBC, CBC Radio One, CBC Music, CBC Gem streaming and globally at cbcmusic.ca/junos. Tickets for the JUNO Awards are online at www.ticketmaster.ca, by phone at 1-800-970-SEAT (7328) and in-person at the SaskTel Centre Box Office.