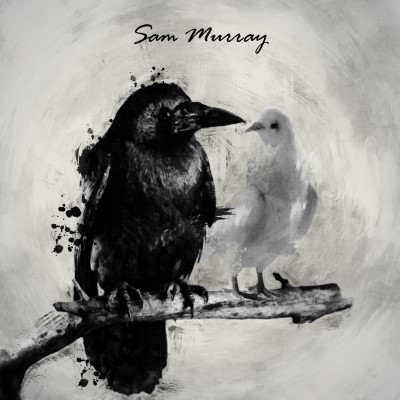 Ottawa, Ontario’s Sam Murray has released his single, “Moving On”. If this single is any indication of what’s to come from Sam, I’ll be anxiously awaiting more music. His husky, yet soft vocals, along with the emotional lyrics and mellow music create a perfect track to introduce himself. Give “Moving On” a listen below, or check him out on Spotify, and be sure to find out more about Sam via our Five Questions With segment.

Definitely! I’m Sam Murray, a 21-year-old singer-songwriter from Ottawa, Ontario. I’m a heavily folk/alt-rock inspired acoustic artist. I generally stay inside of the folk/singer-songwriter genre, but I enjoy a wide variety of music and carry a little bit of influence from everything I listen to!

My music journey started pretty young, my dad taught me guitar as a kid and it really just grew from there I’d say. I was pretty on and off with music until about 2013, I saw City and Colour /  Dallas Green play folkfest live here in Ottawa and it completely blew me away. I remember standing in the crowd completely mesmerized, all I could think was… Imagine doing that for a living. I was so inspired, I got back home that night – picked the guitar up & haven’t put it down since!

I’ve always been drawn to sad songs, something that gets all up in your feelings. I would say my two biggest influences for songwriting are Dallas Green of “City and Colour”, and Ben Howard.

My songwriting process is pretty simple. Generally starts with lyrics or even just a few lines then I mould them over the guitar and tie everything together. My music is like a diary in a weird way, I usually write songs when I’m going through something – it’s like therapy to me. My biggest goal with a song is to write a piece of music that someone else can listen to and just really feel and relate to.

I don’t have any upcoming shows right now, I actually haven’t played any shows or gigs yet. But it’s definitely a huge goal of mine moving forward. I feel like it would lean more towards an acoustic set, but I’m just as open to playing in more of a band setting in the future.

I would say my newest single “Moving On”, I think it’s definitely the most unique song I have right now. It also has a little more production done on it, so it has a fuller sound than some of my other songs. It actually just released on Spotify, iTunes, etc. January 10th!

The song is about that period of time at the end of any relationship when you know things just aren’t working anymore and it’s time to let go.

Oh boy, there are way too many amazing bands & artists to list here. The classics of course, like The Tragically Hip, Rush, Neil Young, and many more. But I also absolutely love some newer acts like City and Colour, Adam Gontier, The Weeknd, and Jesse Stewart, just to name a few.