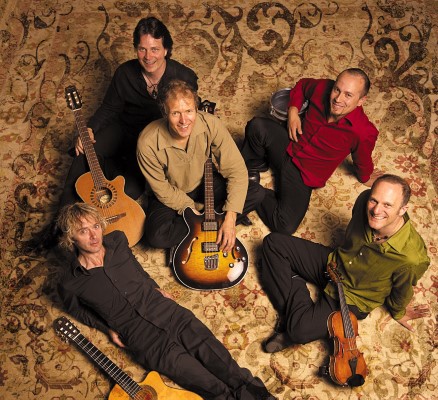 Toronto, ON-based Sultans of String have unveiled a video for their newest release, “El Bint El Shalabeya” from their upcoming album, REFUGE to be released March 20, 2020.

“We are bringing in guests that are newcomers to this land, as well as global ambassadors for peace”.

This very fresh arrangement of El Bint El Shalabeya is also a musical tribute to Dick Dale who passed away in March. Dale was known as “The King of the Surf Guitar” (which was also the title of his second studio album). Like Sultans of String violinist McKhool, Dale’s father was of Lebanese descent from his father, who drew on Middle Eastern music scales in his arrangements.   Sultans of String fleshed out this arrangement with the incredible string playing of Gündem Yayli Grubu, a Turkish Roma string group in Istanbul.

Check out the video below and stay up to date with Sultans of String via their socials.