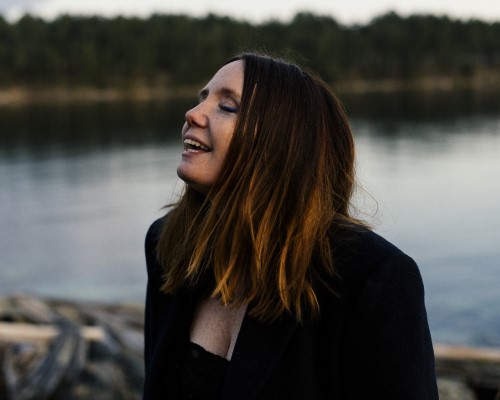 Vancouver-based soul-Americana artist Frazey Ford announces her third album U kin B the Sun due out February 7, 2020, on Arts & Crafts. At turns ecstatic and heavy-hearted, gloriously shambolic and deeply purifying, the new album is the outcome of a certain personal transformation that Ford has experienced in recent years. With its graceful collision of soul and psychedelia and sometimes ’70s funk, it’s a body of work that invites both self-reflection and wildly joyful movement and ultimately sparks a quiet transcendence.

To expand that sense of presence, Ford made a point of preserving many of the lightning-in-a-bottle moments captured during those first sessions for U kin B the Sun. As a result, the album embodies the same untamed and ineffable energy that guided its creation.

“There’s certain songs that just appear and there’s no art to it,” says Ford. “To me those songs have some kind of spiritual quality—sometimes I feel like they’re these different voices that you’re able to channel. There really was something magical about the improvisational aspect and how that shaped the album, and such a joy in the experience of really reveling in what we were all creating together.”

The album’s lead single “Azad” reveals the rich emotional texture of U kin B the Sun, embedding Ford’s lyrical storytelling with sharply rendered memories of early childhood (a time she spent living on a commune in Canada as the daughter of American draft dodgers). With its brightly shuffling beats and soaring vocal work, “Azad” offers a poignant message of courage. “There’s something to that song that’s about survival, and about the love that my siblings and I have for each other is coming through an intense situation together,” says Ford.

Revered for her singular voice, immersive lyrical storytelling and captivating live show, Frazey Ford will support U kin B the Sun with a North American headline tour kicking off February 29 in Montreal.