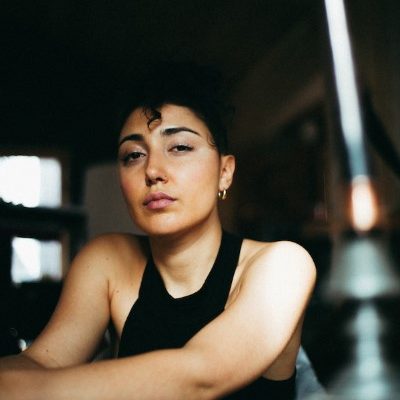 Toronto, ON-based artist STORRY has announced her new album, CH III: The Come Up, which is set for release on February 20, 2020. The project launches with her stunning self-directed video for single, “A Lost Find”. She has also announced tour dates in Sherbrooke and Montreal with an album release show on February 20 at Toronto’s iconic Lula Lounge.

“A Lost Find” was self-directed, edited and produced by STORRY and creative partner, Tom Baum. STORRY recorded the demo for the song in her basement in one take, zero edits. Because they loved the track so much, they decided to film the visual with zero budget on a whim. On the process, STORRY shares,

“I believe as creators, the art doesn’t always come from us, but sometimes it is channeled through us from a higher source. I was in the townships at Tom’s house. He was sitting in front of his piano and he started playing what would now be the intro to A Lost Find. I pressed record on the voice memo on my phone and closed my eyes, making up lyrics and melodies on the spot. By the end of the 5 minutes, where you hear the long-belted note at the end of the song, I was in tears. It had been an emotional ride/journey. Tom and I looked at each other and basically concluded that we had a 90% completed song on our hands. We excitedly and nervously checked that the phone had still been recording. We listened to the voice memo and had to learn the song we had just created in order to replicate it for the final recording you hear now. It was a magical moment.”

“We picked up a camera and went out into the fields where Tom lives and started shooting a video for it. Lucky for us, a few days after the initial shooting in the sunlight, we would have a huge rainstorm. I remember watching the rain cloud coming. I counted out to Tom when the rain would arrive 5-4-3-2 before I could get to one, I became drenched in a matter of seconds. Tom could barely hold the camera straight from all the wind, and was also trying to hold the umbrella over the camera at the same time as shooting. This was the springboard for me getting into film. I realized that if I put my mind to something, I could get it done.”

Check out the video below and find out more about STORRY in our Five Questions With segment.

My name is STORRY and I was born and raised in Toronto but I also lived in Montreal for several years. I am a multi-disciplinary artist: singer, writer, producer, visual artist and newly a filmmaker. This video, “A Lost Find,” was my first venture into film – I directed and edited it. My co-writer and pianist – Tom Baum – did the cinematography. Pretty cool!

I love creating things. I studied opera for a year at the University of Toronto but opted for a pop career because although I love classical music, I didn’t want to perform other peoples’ works all the time.

Honestly, there’s so much to say, everything I’m saying feels underwhelming considering my crazy life storry and all the mediums I work in. But I guess I’ll leave it at that for now.

My music is eclectic. I like to pull from different genres and play with different moods. It’s very important to me that the music I make tells a story and is impactful on a guttural, emotional and cerebral level. I not only opt for movement and climax within a song, but I also plan a larger body of music that takes people on a journey, much like a film. Hence why my first album is a concept album. Although the overarching genre is R&B/Soul/Pop, there are hints of classical/opera, hip hop/rap, reggae/dancehall, blues/jazz, and musical theatre. Recently I’ve been writing some new stuff that has some country, folk, and dance. I just love music man!

I’ve lived a pretty extraordinary life and there’s an infinite amount of stories to tell, so I write from pure experience. I want to be as authentic as possible. There’s so much blatant pretense everywhere, and I don’t want to be another one of those people saying what they think the world wants them to say.

I have a few shows coming up. First, on January 17th, 2020, I headline the ArtsFest at Centennial Theatre (Bishop’s University, Sherbrooke, Quebec). It’s kind of a listening party/show, and it’ll be the first time the album is performed in its entirety.

Then I’m having the album launch and concert in Toronto on February 20th at Lula Lounge. It’s gonna be a blast. Then we’re going to do it all over again on Saturday, February 22nd in Montreal at Bar Le Ritz.

Afterward, I’m taking a stripped-down version of the show on a North-East USA tour. Dates are to be announced.

My live performances are kind of a punch in the face. I’m very particular about the venues I play in because the show is commanding, more of “shut up and pay attention” ordeal. More like attending a work of musical theatre, or an opera. The live show definitely takes the music and the stories to another level. Even if you don’t like my music, you’ll love the show, so come out!

“A Lost Find,” and be sure to listen all the way through until the end! One, because the pay-off where I sing this really long-held emotional note is at about 4 minutes. Two, because it’s one of my favorite songs. And three, because it is the truest form of what I do. The songs I write generally start out as piano-voice demos. And “A Lost Find” is the epitome of self-made, authenticity, rawness and honing of craft. It was recorded in my mother’s basement with the most basic and cheapest gear we could rent, in one take. No edits. And then like I mentioned, I shot and edited the video myself with my co-writer and pianist, Tom. So this song holds a really special place in my heart.

To be honest, I don’t listen to much music. Most of my favourite artists are my friends, so I’m very lucky. Off the top of my head – Rich Kidd, Junia-T, The Damn Truth, Jessie Reyez, Klo Plegag, Nate Husser, Badbadnotgood, and Alanis Morissette. I also really appreciate people who are real, who have integrity and are good people. That’s important to me. I’ve met some of my musical idols, and after that could no longer listen to their music. It’s a shame! It’s imperative that I like the artist as a human being as well.