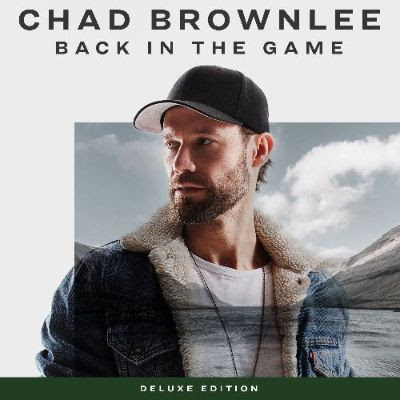 There are some things in this world that create an indescribable excitement, such as that feeling you get leading up to an important event in your life. This is just how Chad Brownlee must feel as we begin 2020. According to Brownlee, “announcing that there is new music coming is similar to the feeling I got as a child when I knew Christmas was just around the corner!”

Hailing from British Columbia, Country star Chad Brownlee is described as having “the kind of drive and determination that legends are made of.” With respect to his music, raw talent mixed with heartbreak is what inspires his pop, country and rock sound. “His polished and infectious music leaves his past behind with an honest and deep-rooted authenticity while the sincerity of his songwriting is captivatingly grounded in the discomfort and distress of certain endings and specific goodbyes.”

Brownlee will release his upcoming deluxe album entitled Back In The Game this month. This deluxe album expands on Brownlee’s June 2019’s release of the Back In The Game EP with the addition of four brand new tracks. (released in June 2019). This album includes “previously gold-certified released singles ‘Dear Drunk Me’, which was his first-ever Top 5 Single on the Canadian Country music charts, and ‘Forever’s Gotta Start Somewhere’, which hit #1 on the Canadian Country music charts. It also includes ‘The Way You Roll’, which recently became Brownlee’s third consecutive Top 5 single at Canadian Country Radio.

Along with the excitement of a new album, Brownlee is set to embark on the Ontario leg of his 2020 Forever’s Gotta Start Somewhere Tour with platinum-selling country music star Lauren Alania and special guest, Jade Eagleson.

“Beginning in London, Ontario on March 25th, this leg of the tour will hit seven Ontario cities with Brownlee’s largest and most explosive production to date. His two-song guest appearance on the record-breaking “Friends Don’t Let Friends Tour Alone Tour” [a guest spot on the Dean Brody and Dallas Smith national tour] gave country music fans nationwide a taste of the infectious energy and vocal acrobatics that overflow out of Brownlee every time he hits the stage.  Adding one of the best vocalists the country genre has ever seen, in Lauren Alaina, and the rich and timeless country vocal of Jade Eagleson to Brownlee’s soaring melodies and powerhouse vocal chops is sure to leave country fans speechless.”

Tickets are already on sale. So act fast, you won’t want to miss out!

Related ItemsBack In The GameChad BrownleecountryForever's Gotta Start SomewhereJade EaglesonLauren AlainaNew MusicNewsTicketstourtour datesUniversal Music Canada
← Previous Story Micah Barnes releases video for “When In Rome (I Do As The Romans Do)”
Next Story → Young Avz unveils documentary, “Behind the Lens”