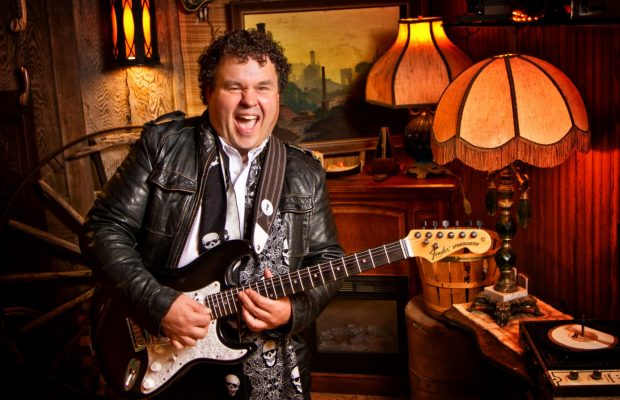 Nova Scotia’s country rocker Jeff Hope is back after a near-two decade pause from recording with his forthcoming album, Fill The Void set to be released December 31, 2019.

Recently, he has unveiled the first single, along with a lyric video. “No Thing” is a track that Hope describes as “a song written from the light-hearted perspective of a guy who wants no commitments and claims ‘no fault’ if the other party feels differently.

“I wrote this song last March while working on my album, as a whole,” the Middle Sackville, Nova Scotia-based artist continues. “It was such a fun groove, I decided to move forward with it ASAP and include it on the record.

Since then, it’s become one of my favourites.”

Check out the lyric video for “No Thing” below and find out more about Jeff via our Five Questions With segment.

I grew up in a musical family and have been a professional musician since the age of Sixteen. My passion for recording and songwriting developed early and has always been the driving force in my love of music.

I took a long break from recording and spent 15 years touring Eastern Canada with a variety of acts playing a variety of instruments including Vocals, Keyboards, Bass and Guitar.

I have a vast appreciation for music and artists of all genres. I do not treat music as a competition, instead, I focus more on the community of music and my peers; enjoying the process with them for the greater good of music, knowledge and building strong relationships.

My personal music goals are very simple. I want to create and perform my art for anyone who wants to take the time to listen.

When I write I always try to let the song dictate the style however most people describe my style as Rock or Country Rock with a Seventies/Eighties flare.  I strive to write words with depth and meaning however, on this record I really wanted to keep things light-hearted, upbeat and fun. You may find that my songs still have an underlying meaning that may not appear in the lyric and others will be very transparent.

Currently, I am rehearsing a 6-piece band preparing for performances coming in 2020. I am very excited about this band as each member is the type of musician that inspires me to work harder and be a better musician. At this point, we have no firm dates, but I am aiming at February 2020 as a go live date for the band.

Although I have never performed my own music live on stage, I have performed for hundreds of thousands of people in my career in venues ranging from small clubs up to arenas. I have an energetic stage persona and love to joke around both with the audience and my fellow performers. I typically push myself to the limits of my abilities and feel that If you don’t break a sweat your not doing it right!

In my opinion, there is a song on this record everyone. It is a hard ask of an artist to pick one song

over another however, one song stands out for me; The song “Rely on Your Old Friends” has very special meaning for me. I wrote this song when I was 16 and my father played the harmonica parts. My father passed away in 2017 and I was able to dig this song out of my archives. I kept the original vocal and harmonica parts along with a few guitar parts but re-recorded the rest of the song. It has been a life-long project and I am proud to release something that includes my dad.

Here are my favorite Canadian artists. I feel all of them changed the course of music, not only in Canada but around the world.