New David R. Elliott album to be released for fans on Christmas Day 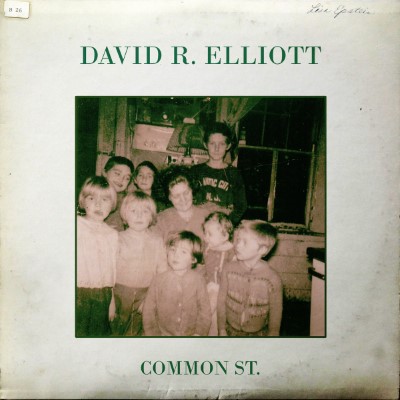 David R. Elliott will be releasing his brand new album Common st. exclusively via Bandcamp on Christmas Day for his fans to enjoy. All proceeds from the digital sales of the album will be donated to the North End Food Bank in Saint John, NB.

Common St. is an album of Saint John poetics honouring the legacy of Alden Nowlan in song form. Elliott uses the nine tracks to delve deep into his family’s history, as well as his own, as citizens of the very unique city of Saint John, NB. The songwriting is described as concise and disciplined, with a cast of musicians bringing a level of experimentation and precision entirely new to Elliott’s catalogue.

Common st. was one of the last projects recorded at the legendary Echo Chamber Studio in Halifax with engineer Charles Austin. The new album is self-produced using analog equipment and warm, natural tones. The album borrows inspiration from several genres with a focus on classic American songwriting styles reminiscent of 70’s era songwriters like Randy Newman and Tom Waits, emphasized by the stylish piano playing of Jason Keddy and the soulful vocal accompaniment of Becky Siamon.

Make sure to check out the album on Bandcamp when it is released on December 25, 2019, and know that your support of Elliott’s great musical work will also support the North End Food Bank in Saint John, NB.