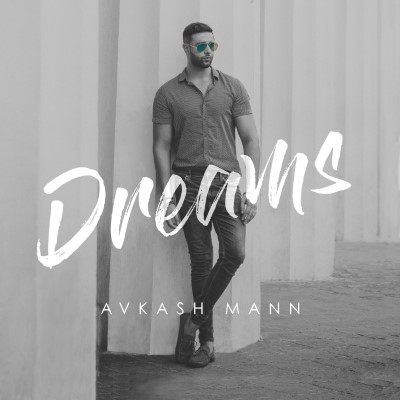 Canadian born singer-songwriter Avkash Mann has been living a double life. At home in Vancouver, he lives a quiet life with his family and is practically anonymous, receiving an occasional nod of recognition from those in the know. But in India, where he spends the other half of his time, his status as a major label Punjabi pop star, with millions of YouTube views and a thriving social media presence, is unquestioned.

Now, things are about to change. With the release of his brand new English language single, “Dreams”, Mann is poised to be a breakthrough star on the international music scene, creating melodies that are both highly accessible and memorable, partnered with skillfully crafted lyrics that give added depth to each of his compositions.

“I always wanted to be an artist and a singer. And even though I was probably subconsciously influenced by being around my dad a lot, seeing him on stage, and just being in that sort of creative environment, I feel like even if my dad wasn’t who he is, I would still be trying to break into the music industry, just because of how genuinely I love music. In a way, I feel it’s almost coincidental that my dad is an artist because I am so driven to do it, I think it would have happened anyways,” he said.

Mann has a number of other songs ready for release in 2020 and says they run the gamut from more soulful ballads to infectiously groove-oriented pieces, to ones that would be not out of place at the trippiest of dance clubs. It is part of his plan to continue to defy expectations and build a catalog of self-penned material that will continue to garner fans throughout the western world and beyond.

Check out “Dreams” below and stay up to date with Avkash via his Facebook page!