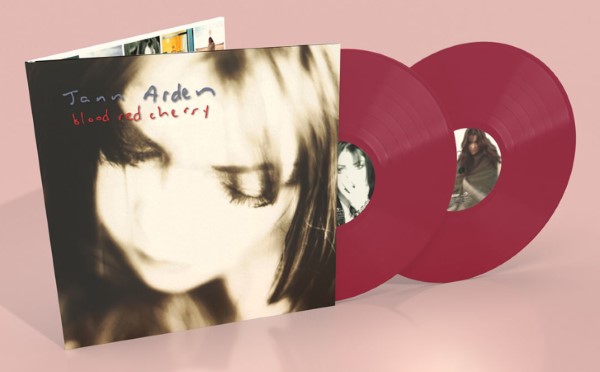 Jann Arden, Canadian multi-platinum and award-winning singer, songwriter, broadcaster, and author has announced the 20th-anniversary deluxe edition of her album Blood Red Cherry will be released on January 24, 2020, via Universal Music Canada. The special anniversary edition will feature brand new liner notes recently written by Arden, as well as two previously unreleased songs “Love Me Love” and “Everything” and three demo version tracks which were not included on the original release.

Blood Red Cherry will be a special 2 disc edition pressed on 180 gram Cherry Red vinyl, and will also be available for fans to listen to on CD and digitally. Originally released in 2000, Blood Red Cherry is Gold-certified and was a driving force for Arden winning a JUNO for Female Artist of the Year the following year.

Additionally as a special surprise, Arden’s third studio album Happy? will be available on vinyl for the first time. The album achieved two times platinum status and is a staple in Arden’s musical catalogue. Pre-orders for the two releases are available now.