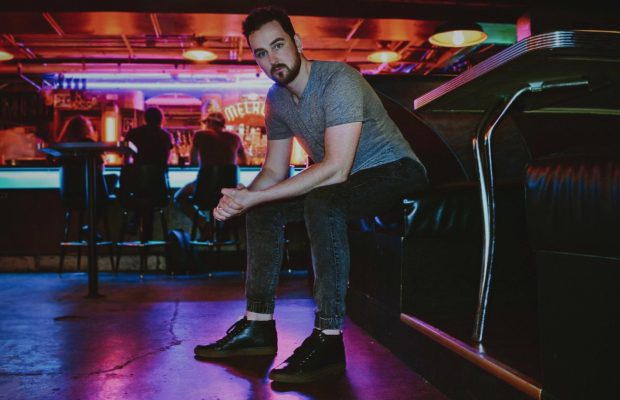 Vancouver, BC-based country artist, Drew Powell has released a new single, “If You’re Up”, which tells a story, of yearning for love that is just out of reach. With a huge singalong chorus, “If You’re Up” is Drew’s first big swing as an artist as he steps out from behind the scenes as a touring drummer.

Check out the single below and find out more about Drew via our Five Questions With segment.

My name is Drew Powell and I’m a North Vancouver born and raised country/pop artist currently chasing the dream down in Nashville. I’ve been playing and writing music ever since I can remember, starting classical piano at age 7 and drums at 12. I grew up singing in choir and playing drums in jazz band throughout elementary/high school and then studied at the post-secondary level afterward (CapU and Berklee College of Music). Needless to say, music has been a huge part of my life since the beginning!

Living in Nashville, co-writing is king (writing with other people). Usually, I tend to start with a title (a catchy/clever/inspired phrase or word) and bounce it off my co-writers to see if everyone likes the idea. Once on board, we start brainstorming what we want the song to be about. It’s kind of like storyboarding a movie or under-painting broad strokes on a canvas. That’s not to say the story can’t change direction – it simply initially helps me wrap my head around what I’m trying to say. The details and fun stuff that make up the actual song come afterward. I know that sounds like an uninspired approach to creating but setting up initial guidelines actually gives you more freedom and creative license to explore more efficiently every angle of whatever you’re trying to say. I’ve been in writes where nothing gets done because no one knows where to start or what to write about. Stravinsky talked a lot about the “abyss of total freedom” and the necessity of setting limitations for one’s art… and he wrote “Rite of Spring” so… wait how did I get here?

I don’t currently have any shows on the books but hoping to change that soon! Since the release of my first single last month “If You’re Up”, I’ve been traveling doing a lot for radio tours/promotional stuff. Hopefully 2020 will see a lot more live performances.

I would have to say my current single “If You’re Up”! You can listen to it anywhere music is streamed and on a growing list of radio stations in Canada.

I tend to listen to a lot of Nashville based writers and various podcasts more than anything. That being said since it’s release in 2018, Donovan Woods “Both Ways” has been in HEAVY rotation on my Spotify account. I also really dig fellow country newcomer Jade Eagleson a lot.