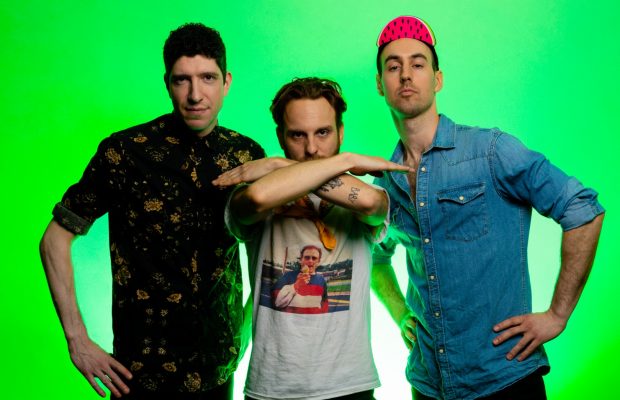 They have unveiled a video for their single, “Work It Out” and are hard at work on their self-titled debut album, which will be released in 2020.

Take a moment to check out their video and find out more about Cory Hotline via our Five Questions With segment.

Cory Hotline is a cosmic collision of funk, pop, rock, and disco. Comprised of meticulously selected pros from Toronto’s live music scene, Cory Hotline is basically the love child of Joe Cocker and Bobby Womack backed by a “build your perfect space-disco fantasy band” generator – a synthesis of retro nostalgia and future-facing funk with the pop sense of Maroon 5 and Michael Jackson. Our debut single and music video “Work It Out” is now available, and our self-titled debut album will be reverberating throughout the universe in 2020.

We are naturally very fun and energetic musicians/performers, so most of our music is inevitably uptempo, funky, loud, and energetic. We didn’t really plan to make this specific type of music; it’s just what happens when we play music together.
As for songwriting, Matt (the singer) and Jay (the drummer) come up with most of the initial song ideas and lyrics. Then they bring these ideas to the band and we work on arranging and editing. Conor (the guitarist/producer) will contribute lyrics in the editing process and we will continue to edit and arrange as a band until everyone is happy with the final songs. This is a long process since we are all pretty particular, but we believe this yields the most satisfying results.
As for lyrics, almost everything we write is about relationships. The lyrics aren’t necessarily about one specific relationship or type of relationship, so this leaves room for personal interpretation. You could interpret some songs to be about romantic issues, or personal issues, or simply issues/relations between friends or any group of people. There are layers to the lyrics, and the themes are ubiquitous to humanity.

We will have shows in the new year, but no set dates as of now. We do, however, have a series of live performance videos we are currently releasing on Youtube. These videos are all one-shot live off the floor takes, so what you see is exactly what you get live. We are energetic, pretty loud, and you’ll feel an irresistible urge to dance when you see us play live!

Well, currently we only have one song that has been released to the public – Work It Out. But, we do have a completed 8 song album which we plan to release in 2020. So I’d say our first single Work It Out, or our second single Pressure. They’re both kinda different…we don’t have a favourite.

Chromeo, Harrison, The Weeknd (minus the trap/hip hop songs)