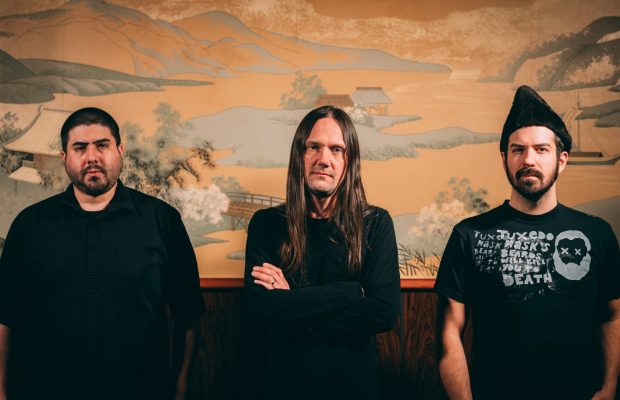 Canadian alt-rockers AUTOPILOT have released a video for their newest single, “Modern Age”.

“The video for ‘Modern Age’ was directed by New York City-based director, Kevin Van Witt,” the band details of the meta submersion into a glitched and twitched fever dream of a video. “Filmed on the Lower East Side and Long Island’s Gold Coast, it captures the chaos of this new technological world we have built, and the freedom we once had in childhood.

It’s a psychedelic adventure of realities we have created in this… ‘Modern Age.’”

Check out the video below and find out more about AUTOPILOT in our Five Questions With segment.

My name is Marlon and I sing and play guitar in the indie/alt-rock band Autopilot.

Our music has an element of pop hooks and catchy choruses with a focus on the songwriting. We are influenced by bands like Modest Mouse, Bear Hands, and The Killers. When writing, I try not to limit myself to a formula. It usually involves making voice notes when a melody pops into my head and working them out at the rehearsal space, then bringing the songs to the band and recording demos. Like many parts of Canada, Saskatoon winters are really cold and I find writing music to be an escape from that in a way. Our latest album, Afterglow, had a lot of collaboration in the studio between myself and producer/Reignwolf bassist, SJ Kardash. The amount of demos that came out of the writing for Afterglow is kind of crazy. Something like 80 different ideas we didn’t end up using. I’m looking forward to listening to them again to see what might come out for the next album we are working on.

Our next show will be a local show for us at Amigos in Saskatoon on February 8th. We are also going to be playing Millennium Music Conference & Showcase (MMC) in Harrisburg, PA February 27-29. We have a winter tour announcement coming soon mainly in the US with a Toronto date in there as well. I’d say our live show has a lot of energy. I play the violin bow on the guitar for some songs. It gets a spacey, dreamy tone and high energy intros to songs. Sometimes we link 6 songs together with intros to take the audience somewhere. We have a lot of fun playing live. We spend a lot of time touring, in the US lately but always with at least a Canadian date or two.

That’s a tough one, as everyone in the band would have a different answer and it always changes. We really get attached to these songs playing them every night on tour. But for now, I would say to check out our current single, Modern Age. It’s a pretty good representation of our music overall and we just released a video for it.

The Jins are a band my drummer, Jose, introduced me to a while back. I think they are based out of Vancouver. He bought a cassette and we have been playing it in the van a lot on tour. They’re a really great band and I’m stoked to hear some new music from them. We’ve also been enjoying Canadian supergroups Anyway Gang and Girlfriend Material. Some of our favourites from Saskatchewan are Andy Shauf and Foxwarren (I hear they both have new music ready to go), Close Talker (their latest album How Do We Stay Here is really great), and our favourite Christmas song this year is Christmas in Berlin by Nick Faye & The Deputies featuring Megan Nash.