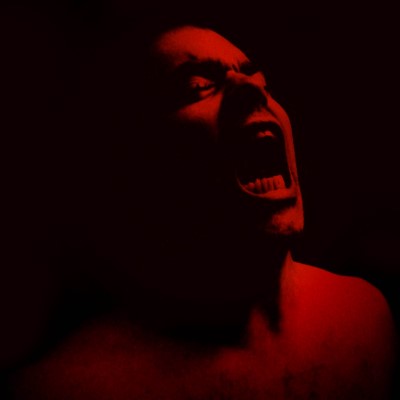 Vancouver, BC-based Dark Years from Now is the brainchild of multi-instrumentalist Dan Potter. Today, we teamed up with Dark Years from Now to unveil a video for the Nirvana cover of “Negative Creep”. It is a super amped up and brutal rendition, which takes this grunge classic from the 90s into the deep-dark 21st century with low-tuned guitars and crazy witch screams.

“I have always loved Nirvana’s classic grunge album ‘Bleach’ and have fond memories of rocking out to it in the basement during my formative years.  Kurt Cobain (RIP) was definitely a metal-head at heart, spewing out monster guitar riffs and crazed screams, which I think reach a peak on this early track.  With Dark Years from Now, I decided to further ‘metalize’ this sludgy tune, turning it into a roaring beast of psychotic energy that fans of my recent album will appreciate very much.”

The video features a mass of convulsing worms squirm around together in looped agony, ejecting from their midst a cacophony of mystical and ghost-like imagery detailing the intense performance in all its abstract horror.

Check it out below and find out more about Dark Years from Now via our Five Questions With segment.

I am one of the most musically curious people you will ever meet. The music never stops; it’s like an addiction but one that’s good for you. Making my own music is what I care the most about, I borrow only the stuff that speaks to me on a super-deep level and discovers the rest out of necessity based around the certain musical visions I get. My latest release is the debut album by Dark Years from Now which has a fairly wide spectrum of metal genres and sound creations on it.

I play with an industrial metal-edged aesthetic using layer upon layer of sound to sculpt a virtual reality that can be accessed by the ears. I love taking a non-linear approach; many of my songs are forged with abstract intentions. A lot of the time I want the listener to be a participant in the sonic experience and descend into a realm that comes from within through his or her own interpretations as well as from without via the music.

As I am the multi-instrumentalism behind Dark Years from Now and its only contributor I don’t have any live shows planned. But I do envision something beyond this current “studio project”. I would dive into my creative side again and come up with a performance experience that is as multi-faceted as the music I’ve written; using many media sources both pre-recorded music and sounds improvised on the spot to play around with space and time a lot more than the average band.

I suggest the track “Proxy Whore” as it is a great example of the direction I’ve charted for DYFN.