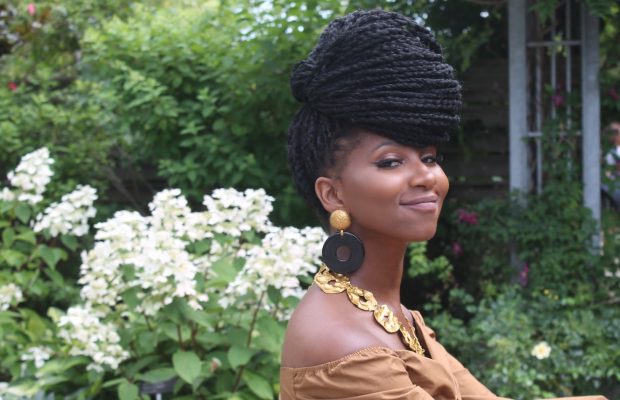 A reflection of Stewart’s rich Jamaican Canadian roots, Chelsea Stewart was mostly recorded in Jamaica and features production influence from the likes of long-iconic and GRAMMY Award-winning and multi-nominee artists, Sly and Robbie, and songwriting influence from Canadian Renee Brown.

“I have probably been listening to music from Sly and Robbie since the day I arrived on this Earth,” she says of the legendary reggae masters Sly Dunbar and Robbie Shakespeare. “They have been responsible for so many hits that still play on the radio, and at almost every celebratory gathering in my community. It was surreal to be able to work with these living legends.”

Check out the video for “Forever Your Girl” below and find out more about Chelsea via our Five Questions With segment.

I am a Juno nominated singer/songwriter that specializes in reggae, but I love to sing jazz and soul, so I incorporate those elements into my reggae songs.

My Mom and I have a label called Baby Momma Music (I’m the baby, she’s the Momma, and we make music), and together we write, produce, manufacture, and distribute our music to people all over the GTA. We’ve sold 28 thousand copies of my original CDs, including my Juno nominated EP ‘Genesis’. I’ve also been blessed to perform on the biggest reggae festivals both nationally and internationally.

I have a passion for the old school everything, and so I make an effort to reflect that in my music. Whether it be in the composition of the music or the arrangement of the vocals, my goal is to bring a retro flair to the song.

I think the reason why I do this is because I love how timeless classics used to be. A Marvin Gaye or Bob Marley song could be played on the radio today and not sound out of place. Especially because a lot of pop music is inspired by the past (for example Bruno Mars).

I mainly write about love. I grew up listening to R&B, soul, and gospel music mostly, and these genres predominantly have themes of love. I also think the world needs more love, so why not help them find it one song at a time?

Yes, I am currently on an African Tour! I’ve just released my debut self-titled album and have performed in South Africa, Mauritius, Seychelles, and Botswana to promote my music. My next show will be in Zimbabwe and I’m really looking forward to it.

Some describe my performance as a journey back in time. I love the way Motown artists used to dress super glam because they took pride in their presentation. When my background vocalists are available, we also have a bit of choreography involved every now and then. My live show usually features reggae originals and soul/jazz classics. I love to have the audience participate by singing along to certain parts of my song.

I would recommend ‘Forever Your Girl’ not just because it’s the first release from my album, but because it gets people out of their seats. It is inspired by the early ska recordings that were released during the 60s in Jamaica. The music video for that song was premiered a few days ago on YouTube.

My current favorites are Daniel Ceasar and Tory Lanez. I love Daniel’s smooth vocals and production, and how Tory’s music takes you back to the 90s/00s. They’ve also both released albums this year, and I’m super proud of their international success. I hope to achieve the same in the reggae world!