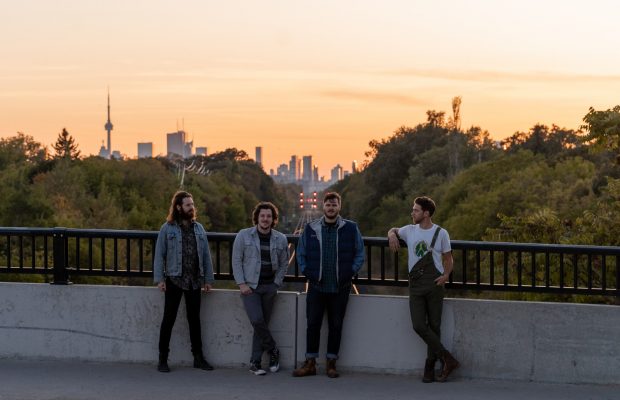 Toronto, ON-based folk-rock band, Midnight Vesta is back with a brand new single, “Complicated Pony” from their upcoming second full-length album to be released in early 2020, which follows their album, Seconds.

We’re a four-piece folk-rock band out of Toronto, Ontario. Our music draws influence from our separate upbringings over various parts of Southern, Ontario. We think it’s a fresh yet familiar mix of the classic Canadian singer-songwriter genre with a hint of rock When it comes to songwriting, speaking personally, I mostly write from a place of personal experience, but then throw in a bit of imagination. At times I’m writing from the perspective or persona of other people or characters to serve the story of the song. I’m not too rigid when it comes to the approach of writing a song. Sometimes it’s melody first, sometimes a couple of turn of phrases, or a new finger positioning that I’m excited about exploring. There hasn’t been a rhyme or reason to songwriting for me thus far but what I have come to learn is that it’s important to try and complete the thought you’re working on. Whether it be a new lyric or chord progression, it’s best to push other things aside in the day and just keep writing until you’ve finished the idea.

Depending on when this is published, we will have or have just completed our last two shows of our Eastern Canadian tour in support of our new single “Complicated Pony”. We are headed to Renfrew in the Ottawa Valley and then onto Montreal. It’s been nice to get back out on the road to re-connect with some of our friends outside of Toronto.

When it comes to our live show, we’re four band members, playing four instruments, and four voices. All the sound you hear on stage is coming from us in real-time, which is becoming more and more of a rarity. It’s live music in a pretty true sense, and we take pride in that. We enjoy ourselves up there, and I think that reads to the audience and allows them to let loose as well.

It may be recency bias, but I’ll go with Complicated Pony. It’s our new release and is the best representation of the band’s current sound. It’s the first single from our upcoming album and feels like a natural progression from our last offering, “Seconds”.

I saw Sam Weber the other week and that was pretty incredible. His current single, It’s All Happening, is great, but so is basically every song he played that night. It was my first time seeing him live, but I’ve been listening to his music for a while now. Super solid show and a great player. On a more personal and local level, I’m a real fan of Mattie Leon and what he’s putting out lately. He’s a talented and hardworking dude and his latest releases, “Silver Line” and “Caught Up” are impressive.