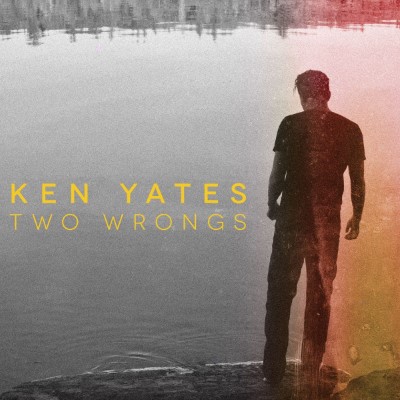 Ken Yates has spent the last three years sharing his music with fans all around the world, but now it’s time for something new. On November 22nd, Yates released his brand new single “Two Wrongs’ – which has been a long time coming. Two Wrongs” is a song about two flawed people finding balance within each other. The new single is also followed by a beautiful video from director Dustin Foster from Chop & Hue. This is only a little taste of new music since his 2016 release of his album Huntsville.

The idea for “Two Wrongs” came as I was sitting in my living room strumming a two-chord progression,” Yates says.”As I was randomly singing words over a melody, the two chords had this push/pull feeling to them, which made me think of a relationship. I liked the idea of two flawed people finding a centre/balance in one another. That is to say, everyone is flawed in some way, but as a couple, you can find a weird kind of perfection that exists completely inside the relationship, with both people being the remedy for the other’s pain.”

On top of this new release, Yates is excited to announce that he’ll be joining Irish artist Ryan McMullan on his forthcoming January/February 2020 US tour. Full details and dates can be found below and at www.kenyates.com. More new music, and Canadian tour announcements coming in 2020!